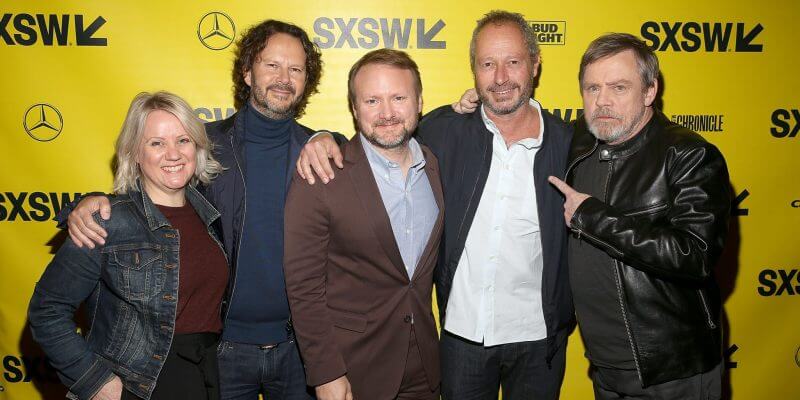 People are still buzzing about “Star Wars: The Last Jedi” since its release back in December and that’s not going away anytime soon as the most recent addition to the Star Wars saga will soon be available on digital and Blu-ray.

“The Director and the Jedi,” a documentary covering the making of the recent film and a bonus feature on the upcoming Blu-ray, premiered today at the SXSW Film Festival. Director Rian Johnson and star Mark Hamill were joined by documentary director Anthony Wonke and producer Tylie Cox for the premiere.

A special clip was released in honor of the premiere, showing off Johnson’s relationship with Carrie Fisher.

WATCH – “THE DIRECTOR AND THE JEDI: RIAN AND CARRIE”:

A special bonus feature trailer has also been released, showing off some new action and promising over two hours of bonus footage including 14 deleted scened.

“Star Wars: The Last Jedi” is coming home digitally and via Movies Anywhere March 13 and Blu-ray on March 27.

Comments Off on VIDEOS: “Star Wars: The Last Jedi” bonus feature documentary “The Director and the Jedi” premieres at SXSW