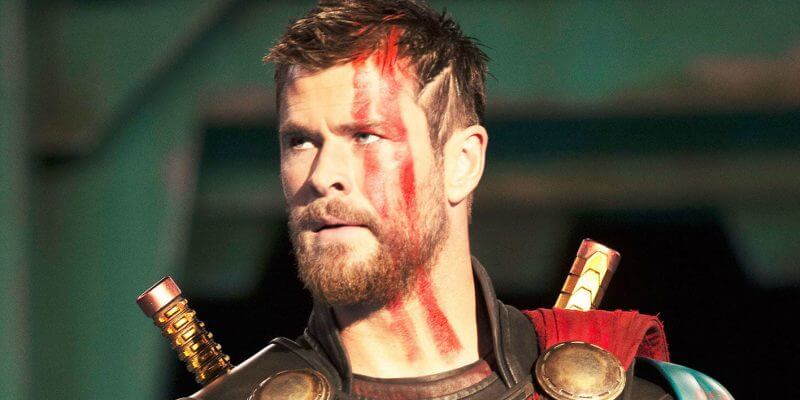 In support of next week’s Blu-ray and 4K release of “Thor: Ragnarok” on Tuesday, March 6, Marvel has shared a special clip from director Taika Waititi’s commentary track discussing the Australia and New Zealand influence on some of the space ships in the film.

Waititi explains that the Commodore, The Grandmaster’s ship that Thor and Loki escape in, is inspired by the Aboriginal flag, while Valkyrie’s ship colors were modeled on the Maori flag. 1. The horns on Surtur’s helmet were crafted out of an ancient Australian boomerang that the crew received as a gift while filming in Australia. 2. The Grandmaster’s henchwoman, Topaz, is played by Rachel House. She has starred in many of Taika Waititi’s projects, including “Eagle vs. Shark,” “Boy,” and “Hunt for the Wilderpeople.”

3. Taika Waititi is a big fan of sketch comedy actor Steven Oliver from Australia’s “Black Comedy” television series and when the film was being shot, Waititi contacted Oliver to be “Cousin Carlo” in a scene with Jeff Goldblum. 4. The scene where Valkyrie opens a bottle with her blade is an homage to the Beth Heke character in “Once Were Warriors.” 5. Chris Hemsworth loved Taika Waititi so much he shaved an “N” and a “Z” in the sides of his head for “New Zealand.” (according to Taika, at least)

6.  Interns from a local Aboriginal community created much of the Hulk parade masks & banner props on Sakaar. Several of the interns ended up getting jobs with the art department.

7. During Hela’s fight sequence against the army of Asgard, she is doubled by the famous New Zealand stuntwoman, Zoe Bell.

You can check out the entirety of Waititi’s commentary track as well as sever other bonus features when “Thor: Ragnarok” becomes available on Blu-ray and 4K March 6.