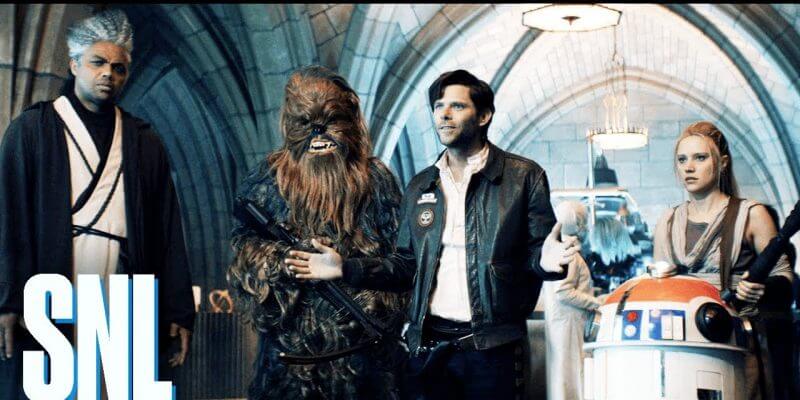 Over the weekend, “Saturday Night Live” explored an important question in the “Star Wars” universe: how do these characters know so many diverse languages?

This sketch, which was unfortunately cut for time, starts off with a cameo from JJ Abrams. He introduces a fictional new “Star Wars” spinoff movie, “The Mos Eisley Five: A Star Wars Story.” In the movie, a group of smugglers (Mikey Day, Kate McKinnon, Charles Barkley) is trying to make a deal with Goba (Kenan Thompson) to free a captured Rebel pilot (Pete Davidson) when Barkley’s character notices that everyone seems to speak multiple languages — except for him.

See the funny cut-for-time “Star Warriors” sketch in the video below.

To see this week’s full episode of “Saturday Night Live” with host Charles Barkley, head over to the Hulu website.

Comments Off on VIDEO: “Star Wars” gets spoofed on “Saturday Night Live” with cameo from JJ Abrams