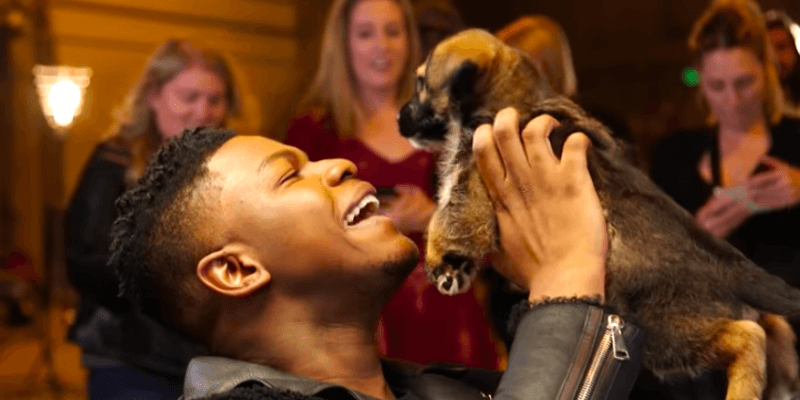 It’s National Puppy Day, and what better way to celebrate than to recreate an action movie with puppies taking the places of giant monster-fighting robots?

That is exactly what Screen Junkies did with the cast of “Pacific Rim Uprising.” Stars John Boyega, Scott Eastwood and Cailee Spaeny stepped onto the set of “Pupcific Rim Puprising” and set loose their poppy Jaegers on some Kaiju plush to save a tiny city.

Spaeny, who plays Amara Namani in “Pacific Rim Uprising,” actually adopted her puppy and named her Scrapper after her Jaeger from the film.

Unfortunately, “Pupcific Rim Puprising” will not be released in theaters, but you can see “Pacific Rim Uprising” in theaters now.