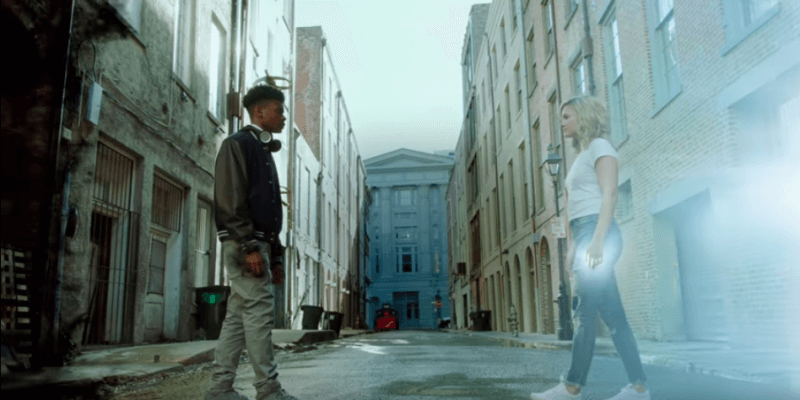 The Marvel Cinematic Universe will be getting two new young heroes when Marvel’s “Cloak and Dagger” comes to Freeform this summer.

The latest trailer for the new show highlights the duality of the series and gives us a look at some of the youngsters’ unique abilities.

Aside from showing off some of the mysterious powers of Tyrone and Tandy, the new promo also provides another look at a sign for Roxxon Corp, a company that has appeared in the MCU in the past in shows like “Agent Carter,” “Daredevil” and more. This is the second time Roxxon has shown up in a teaser for the new series, making it fairly clear the corporation will play a significant role.

Comments Off on VIDEO: Dramatic new “Cloak and Dagger” trailer splits the heroes down the middle