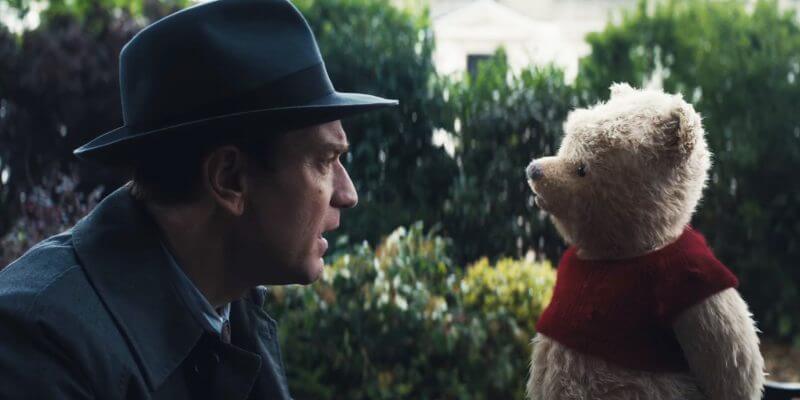 Disney fans have been following the adventures of Winnie the Pooh and his companions since Walt and his animation company first adapted author A.A. Milne’s stories for the big screen in 1966. Now Walt Disney Studios is updating the timeless classic with the live-action adventure “Christopher Robin.”

Ewan McGregor (“Star Wars Episode I: The Phantom Menace”) stars as the title character in this new film by director Marc Forster (“Finding Neverland”) that follows an older version of Christopher Robin as he reunites with his childhood friends. Today Disney released the first teaser trailer for the movie, which features McGregor as Robin in his first adulthood meeting with Pooh Bear.

Christopher Robin is stuck in a job where he is overworked, underpaid and facing an uncertain future. He has a family of his own, but his work has become his life, leaving little time for his wife and daughter. Christopher has all but forgotten his idyllic childhood spent with a simple-minded, honey-loving stuffed bear and his friends. But when he is reunited with Winnie the Pooh, now tattered and soiled from years of hugs and play, their friendship is rekindled, reminding Christopher of the endless days of childlike wonder and make believe that defined his youth, when doing nothing was considered the very best something.