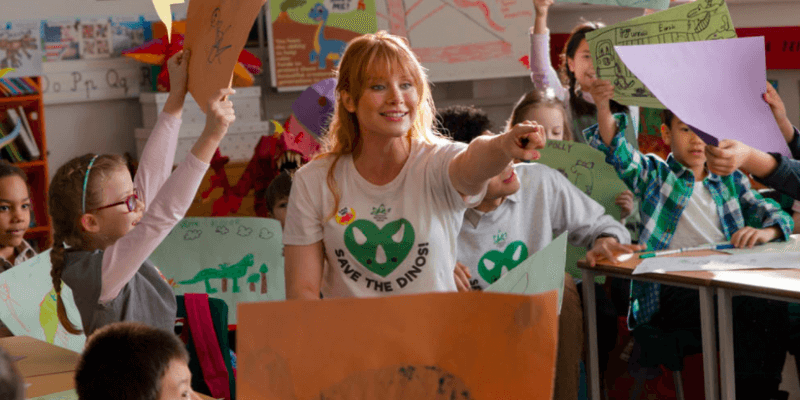 Claire Dearing is the founder of the Dinosaur Protection Group and she is encouraging you to help save the dinosaurs as they face another potential extinction.

Dearing, played by Bryce Dallas Howard, is of course one of the main characters of “Jurassic World” and the upcoming “Jurassic World: Fallen Kingdom.” In a new video, she explains the importance of saving these creatures.

WATCH – THIS IS THE DPG:

This video isn’t the only online presence from the fictional organization. Twitter and Facebook accounts have also been made for the DPG as well as an official website.

You can see if Claire is able to save the dinosaurs when “Jurassic World: Fallen Kingdom” hits theaters June 22.