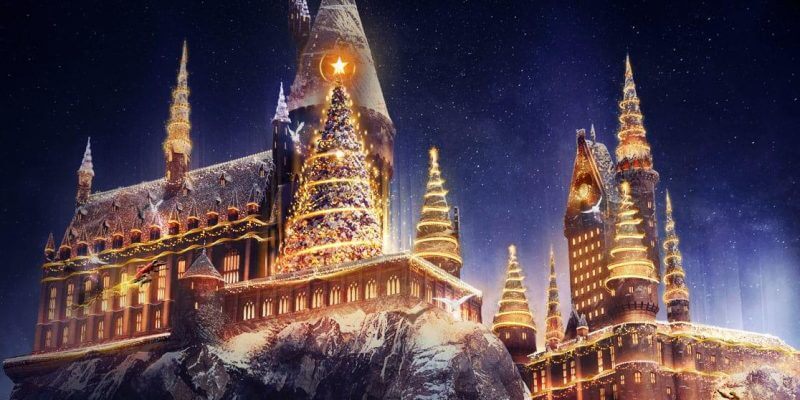 Universal Orlando announced the return of their holiday festivities, including Christmas in the Wizarding World of Harry Potter, Grinchmas, and Universal’s Holiday Parade featuring Macy’s.

Christmas in the Wizarding World of Harry Potter The magic of Christmas returns to the Wizarding World with nightly projections on Hogwarts Castle and festive decor throughout Hogsmeade. Grab a hot Butterbeer and listen to the Frog Choir sing holiday songs, then visit Diagon Alley to enjoy more stunning decorations.

Also, be sure to catch Celestina Warbeck and the Banshees sing their hit holiday tunes. WATCH – CELESTINA WARBEK AND THE BANSHEES: The colorful parade returns to the streets of Universal Studios Florida. See some of your favorite characters, including Despicable Me Minions, Shrek and Fiona, King Julien, the Penguins of Madagascar, and more!

And of course, don’t miss Santa as he rides by on a beautiful float to wish everyone a Merry Christmas.

Grinchmas at Universal’s Islands of Adventure Hear the classic tale of the Grinch and help the Whos save Christmas during this live stage show, featuring your favorite songs to get you in the Grinchmas spirit.

Make a reservation to have breakfast with the Grinch, then admire the holiday decorations throughout Seuss Landing. Mannheim Steamroller performs at the Music Plaza Stage on select nights in November and December. In addition, holiday decorations can be found at each of Universal Orlando’s on-site hotels. Each resort has decor specific to its location, making for memorable family vacation photos.

For more information on the Holidays at Universal Orlando, head over to the resort’s official website.