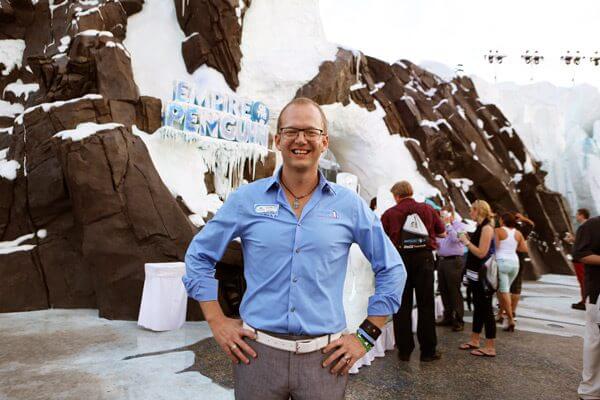 Through B Morrow Productions, new location-based entertainment ideas can be realized with the help of seasoned design professionals. The company can help take a project from concept to opening, providing leadership in production and project management. Per the company website:

Brian has been a great friend to Inside the Magic for nearly a decade, always eager to share details about his newest projects. You can watch our most recent interview with him, about Kraken Unleashed, in the video below.

If you’re interested in working for B Morrow Productions, the company is interviewing for the following positions at Orlando’s annual SLICE Speed Networking Event on Tuesday, March 6 from 5:00 PM – 9:00 PM:

The SLICE Speed Networking Event is a tremendous opportunity for design professionals to find their way into the theme park industry. It’s like speed dating but for job interviews with some of the top theme park design companies in the world.

Other companies interviewing applicants at the event include SeaWorld, Universal Creative, Dynamic Attractions, and Nickelodeon. During the event, creative freelancers can participate in 3-minute speed interviews with these companies and more. Early registration is recommended, and you can find more info about the event on their Facebook page.

For more information on B Morrow Productions, be sure to visit their website.

We wish Brian the best of luck with his new endeavor!