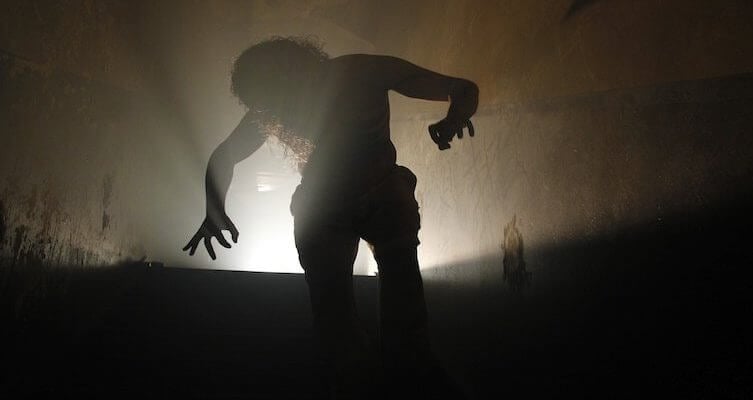 Known as one of America’s “Scariest Halloween Attractions,” ScareHouse is Pittsburgh’s premier haunted attraction.  Featuring fantastic effects and a fiendish family of creepy cool creative talent, ScareHouse is famous for over the top Halloween experiences like the Basement.

The haunt has unearthed a killer tribute celebrating the 50th anniversary of the granddaddy of zombie movies, “Night of the Living Dead.” Inspired by their 2011 haunted attraction, “Pittsburgh Zombies,” ScareHouse is digging up an entirely new nightmare for 2018.

For those unfamiliar with the sinister sensation ScareHouse, the Pennsylvania haunted attraction first materialized in 1999.  In recent years the macabre maze of monsters has been repeatedly recognized as one of the top 10 haunted attractions in the nation.  This exceptional eerie experience even earned praise from horror legend Guillermo del Toro, who proclaimed, “It really is beautiful. With the sound design and the atmospherics, it is beautiful. I could live here!”

Such is the quality and reputation of this renowned revenant refuge Legendary Pictures have provided a pair of perfect pulse pounding properties to the attraction. “Trick r Treat” and “Krampus” have haunted ScareHouse.

In addition to movie quality immersive nightmares, ScareHouse is also home to “the Basement.”  Only those brave souls who are over the age of 18, after signing a waiver, are allowed to tempt fate.  Only two victims/volunteers can enter at a time (or the really brave can venture in solo).  “The Basement is designed to provide boundary pushing, intense, thrilling, and emotional experiences in a safe environment.” – ScareHouse website

Just announced, “Pittsburgh Zombies” is being resurrected with a brand new boo experience, just in time for the 50th anniversary of George A Romero’s classic horror film, “Night of the Living Dead.” “‘Yinz guys’ have been asking us to bring back the horde for years, and we’re THRILLED to premier this brand new attraction in 2018, the 50th anniversary of the release of “Night of the Living Dead”. This isn’t just a remake of ScareHouse’s original Pittsburgh Zombies haunted attraction from 2011, but a whole new experience that promises to bring you face to face with the walking dead n’at. “ – ScareHouse

“Pittsburgh Zombies” will be joining “the Basement,” “Infernal,” and “Nocturina 3-D” for killer fun this Halloween. Tickets for the ghoulish golden anniversary tribute go on sale this spring. Fiendish fans feverish for fear facts can sign up for undead updates via ScareHouse’s mailing list.