REVIEW: "Pacific Rim Uprising" is an action-packed thrill ride that surpasses its predecessor - Inside the Magic

It only takes about ten minutes of watching the new film to realize there’s going to be a far more complex plot and much more character development than the first. John Boyega, who plays Jake Pentecost, provides an interesting and relatable protagonist for the audience to get behind rather than just an action hero who walks through explosions. 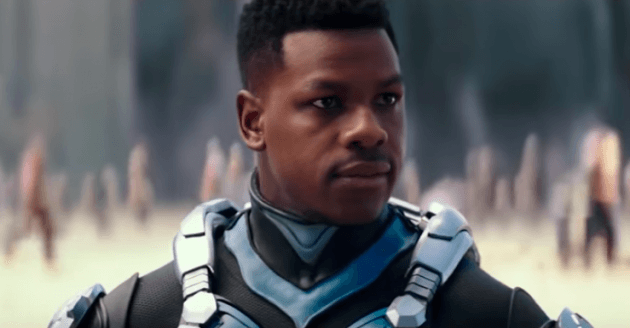 Boyega and several other members of the cast (Cailee Spaeny and Charlie Day in particular) provide just the right amount of humor to counteract the intense action, something the first film was also lacking.

Speaking of Spaeny, her character and story arc provide a measure of depth to the film that most might not expect. In a film about aliens attacking Earth and humans using giant robots to fight them, you may actually find yourself caring about some of the characters. That may seem like a requirement for an enjoyable movie, but again it was something the first was lacking.

While the characters are enjoyable, I don’t want to lose sight of what this movie is really about: giant robots fighting monsters and blowing a bunch of stuff up. This movie still has plenty of that. In fact, the fight scenes are more frequent and exciting than the first film.

While action was one of the things “Pacific Rim” did well, “Pacific Rim Uprising upped the ante with bigger monsters (Kaijus), more robots (Jaegers) and cool new weapons. A couple of Jaeger vs Jaeger fight scenes provide some of the best action of the film.

Don’t get me wrong, “Pacific Rim 2” is probably not going to be winning any Academy Awards. In the end, it’s still, and I’ll say it again, a movie about aliens attacking Earth and humans using giant robots to fight them.

Yes, it provides a more complex plot and gives its characters time to develop, but it’s still an action movie about monsters and robots blowing stuff up. As such, there are still some corny elements to it. You’re still going to see announcements of weapons before they get used, a hero with a troubled past, an underlying love interest and so on.

With all that being said though, if you’re going into a movie like this and you’re not expecting to see it hit the action movie clichés, you’re setting yourself up for disappointment.

Again, “Pacific Rim Uprising” won’t exactly be the best movie of 2018 but it knows what it is and it accomplishes what it set out to accomplish.

If you enjoyed “Pacific Rim” you will most likely enjoy this one, as it furthers the story, packs a punch, and promises even more exciting action in the future. If you did not enjoy “Pacific Rim” there’s still a chance you can have a good time while watching this sequel. You just have to be willing to accept a movie that is, again, about aliens attacking Earth and humans using giant robots to fight them to be just that.

Are you excited for “Pacific Rim Uprising?” Let us know in the comments below!

Comments Off on REVIEW: “Pacific Rim Uprising” is an action-packed thrill ride that surpasses its predecessor