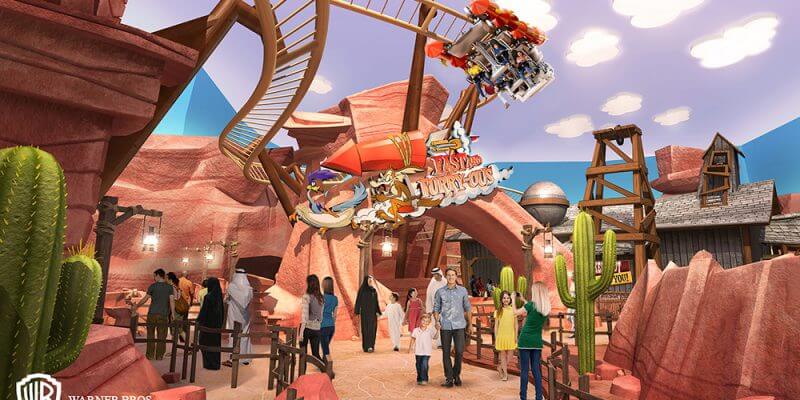 Bedrock and Dynamite Gulch will bring to life the worlds of iconic cartoons “The Flintstones” and “Looney Tunes” respectively.

Bedrock will feature The Flintstones Bedrock River Adventure while Dynamite Gulch will be the home to the Wile E. Coyote and Roadrunner-themed roller coaster Fast and Furry-ous as well as Marvin the Martian Crater Crashers and a ride based on “The Jetsons.” “The characters in these lands have fascinated fans of every age for decades, and it will be a dream come true for many of our guests to walk the streets they know and love,” said Warner Bros World Abu Dhabi General Manager Mark Gsellman. “From Bedrock’s picturesque rocky landscape, featuring towering plants, a landmark river and a waterfall, to Dynamite Gulch’s life like rustic desert — this section of the park is guaranteed to be a charming, heart-warming and fun-filled retreat for the whole family.”