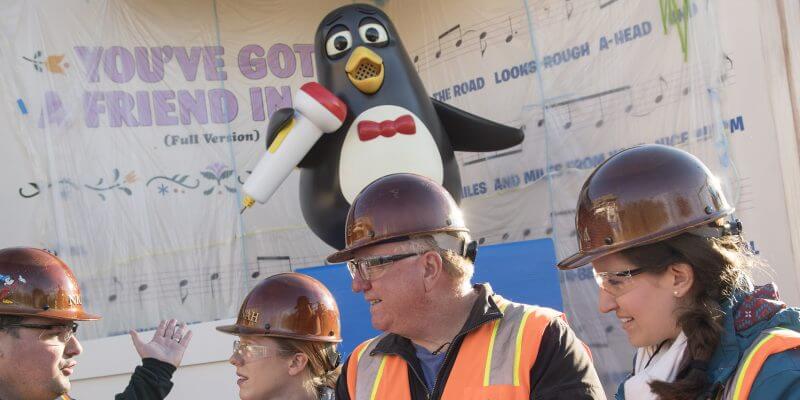 Everyone remembers the unfortunately tossed-aside squeaky penguin toy named Wheezy from Pixar’s “Toy Story 2,” but who could have predicted he would have a featured role in the main attraction for the currently-under-construction Toy Story Land expansion at Disney’s Hollywood Studios theme park?

During the Pixar in the Parks media event at Walt Disney World this past weekend, Disney Imagineers revealed that the Wheezy figure had been installed that very morning! It appears as though the Slinky Dog Dash roller coaster track rushes right past him as he’s belting out that Randy Newman hit “You’ve Got a Friend in Me” as featured in all three “Toy Story” movies.