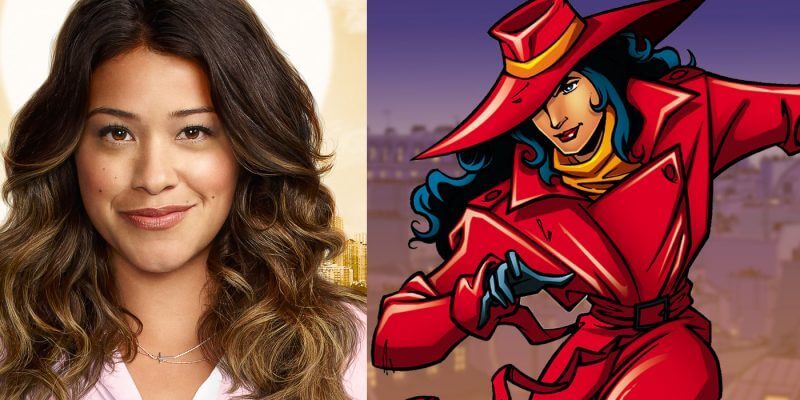 “Well she sneaks around the world from Kiev to Carolina. She’s a sticky-fingered filcher from Berlin down to Belize…” Kids of a certain age know the “Where in the World is Carmen Sandiego?” theme song by heart, and the franchise– which began with a series of 1980s computer games– is returning on Netflix in both animated and live-action forms.

“Jane the Virgin” star Gina Rodriguez will don that famous red hat and overcoast to become the international super-thief known as Carmen Sandiego for an animated series and a live-action television movie. Rodriguez will also produce the movie via her I Can I Will production company. Gina Rodriguez is a Golden Globe winner for her performance on The CW’s romantic dramedy “Jane the Virgin,” and recently appeared in the critically-acclaimed science fiction movie “Annihilation” with Natalie Portman.

A new line of “Carmen Sandiego” books is also set to debut alongside the new cartoon when it debuts in 2019. No writer, director, or release date has been announced for the live-action film, also set to premiere on Netflix.