At Home Imagineering: a vexing villainous vignette - Inside the Magic 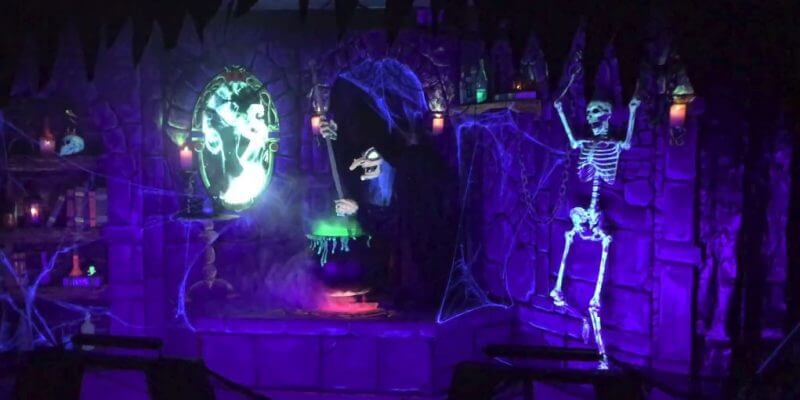 Nothing exudes excitement more than a vision of villains from the realm of Disney. That’s why we were thrilled when Michael J. Schwalm contacted us about an amazing animated Halloween display he designed for his Santa Clara, California home.

After taking a peek at his perfectly produced project, we knew our ITM audience would enjoy this villainous Halloween home Imagineering incarnation. 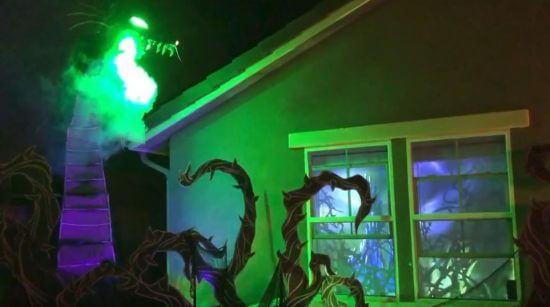 When he’s not designing delightfully dark displays for Halloween, Michael works as a lead designer for Mousetrappe. This studio specializes in projection mapping entertainment for theme parks. Prior to that Mr. Schwalm was an Imagineer specializing in concept design. 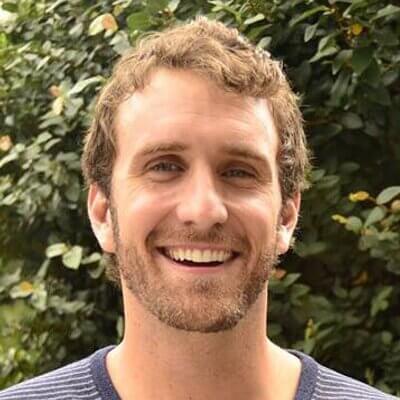 He and his wife Hailey share their home with their baby Andy. The house is a first “actual house” for them, so Michael wanted to take advantage of that and go “all out” for Halloween. 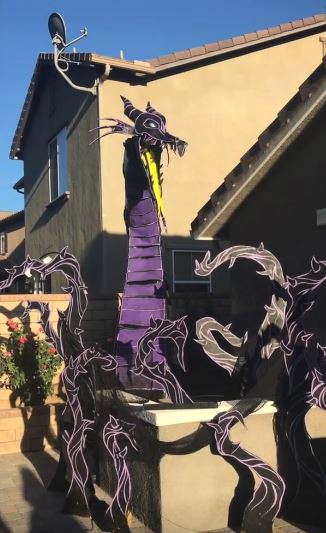 “We have some friends that throw a big Halloween party every year and this year they asked if we could host. They wanted the theme to be Disney Villains. At first, I was just gonna build the dragon…But the dragon needed the forest of thorns…Then I thought I needed a witch…But then the witch needed a dungeon….” –Michael Schwalm 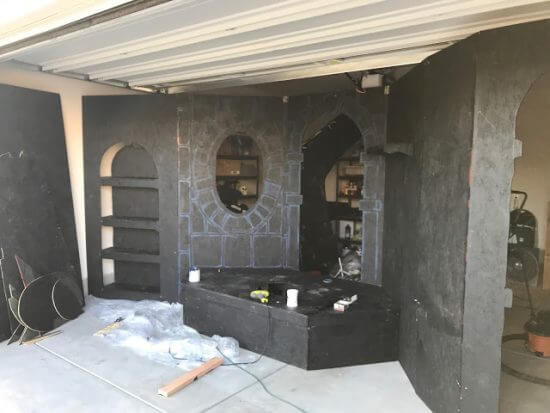 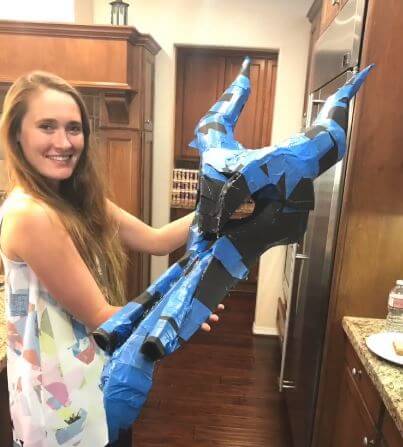 Michael and Hailey created this creepy cool collection of creatures from items around the garage or purchased from Home Depot. Using these ingredients and terrific talent, the two took to task brewing up a delightfully dark Disney villain-inspired Halloween eerie experience. 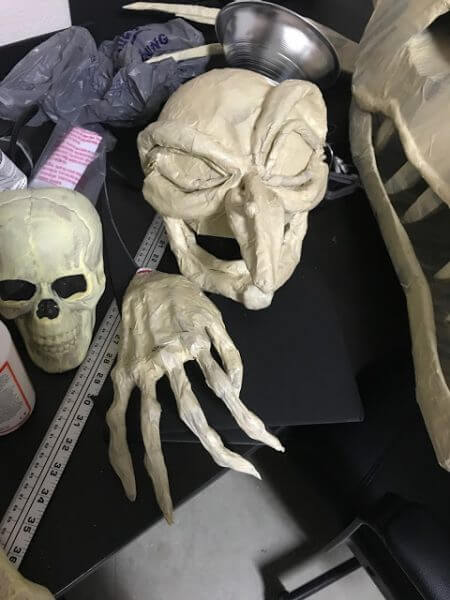 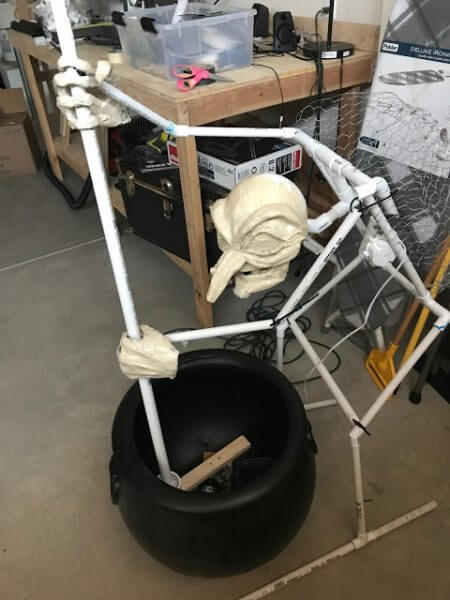 “When we moved into the house, not looking forward, we put the baby’s room above the garage. One of the only times I could work on stuff was when he was napping but I couldn’t do anything that was too loud or use and loud power tools. It was always an interesting affair coordinating when and how we could get work done. We just had to get one thing done at a time starting in July.” –Michael Schwalm 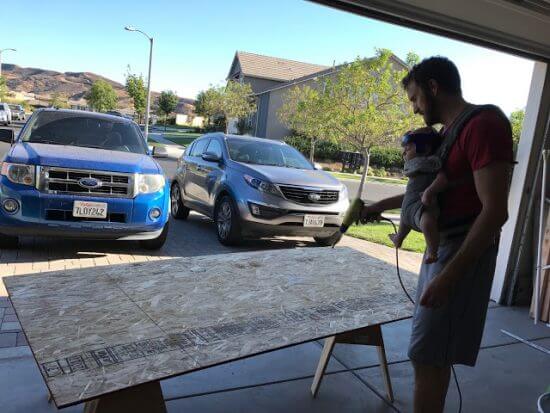 Of all the spooky scenes in this vexing villainous vignette, Michael favors one character/prop in particular:

“I was pretty proud of the Magic Mirror. A friend at work helped me animate it. It added an air of legitimacy to the whole thing.” –Michael Schalm 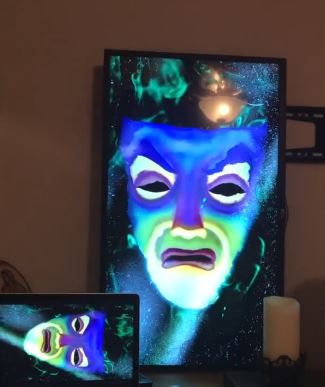 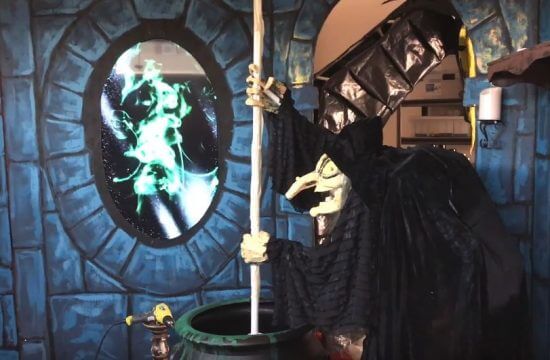 The couple’s combined creative collaboration called up a spectacularly spooky set of scenes for this past Halloween, but that’s just the beginning. Next year they hope to add another antagonist to the assembly. If all goes as planned, giant Jafar (in sinister snake form) will be joining the Magic Mirror, Maleficent, and the “Snow White”-inspired wicked witch for Halloween in 2018.

We’re grateful to Michael and his family for sharing their at home Imagineering incarnation and look forward to seeing this vision of villains expand in the years to come. Follow Michael on Twitter or via his blog and be among the first to learn of what materializes in the future. 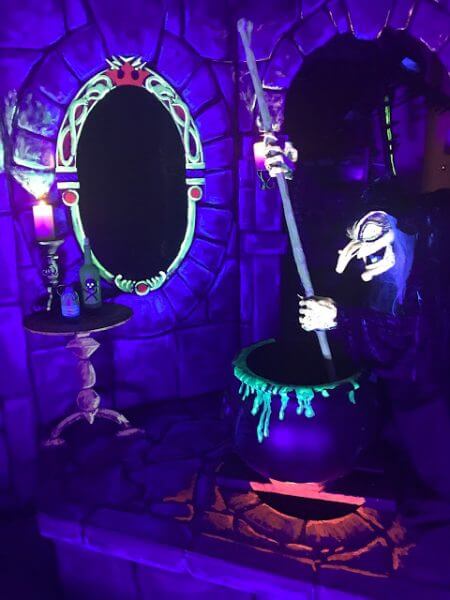 Do YOU have a passion for themed entertainment? Perhaps part of your home or office has been transformed into a shrine for your favorite character, ride or movie?  We’d love to share your imaginative creations with our readers.  Please drop us an email with your decorative details.

Comments Off on At Home Imagineering: a vexing villainous vignette