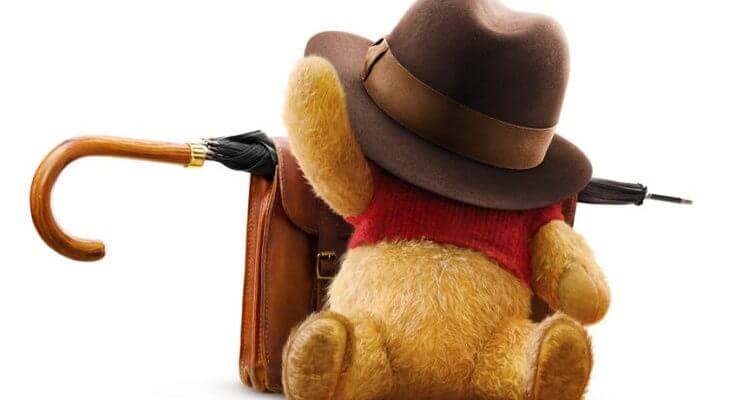 For several years now, Winnie the Pooh fans have been eagerly anticipating “Christopher Robin,” Disney‘s long-gestating live-action update to the classic tale starring Ewan McGregor (Obi-Wan Kenobi from the Star Wars prequels, among dozens of other famous roles) as a grown-up version of the title character.

Today, the official website Oh My Disney finally released the first teaser poster for “Christopher Robin,” which features a familiar stuffed bear whose head is obscured by an adult businessman’s hat as he leans against a briefcase and umbrella. In addition to announcing an initial teaser trailer set to debut tomorrow, Oh My Disney also revealed a more thorough cast list for the movie than we’ve seen before– including McGregor as Robin, Hayley Atwell (“Agent Carter”) as his wife Evelyn, Bronte Carmichael (“On Chesil Beach”) as his daughter Madeline, and Mark Gatiss (“Sherlock”) as his boss Keith Winslow.

Strikingly, much of the Winnie the Pooh voice cast is made up of newcomers to the familiar A.A. Milne-created characters, with the exception of Jim Cummings (“The Princess and the Frog”) as Pooh Bear himself. Joining the group are Chris O’Dowd (“Bridesmaids”) as Tigger, Brad Garrett (“Tangled”) as Eeyore, Nick Mohammed (“The Martian”) as Piglet, Peter Capaldi (“Doctor Who”) as Rabbit, and Sophie Okonedo (“After Earth”) as Kanga. “Christopher Robin” is being directed by Marc Forster of “Finding Neverland” fame and focuses on the “lovable group of stuffed animal friends” who “must venture into our world to bring back the fun-loving Christopher Robin we all grew up with.”

Disney’s “Christopher Robin” will be released into theaters nationwide on August 3.