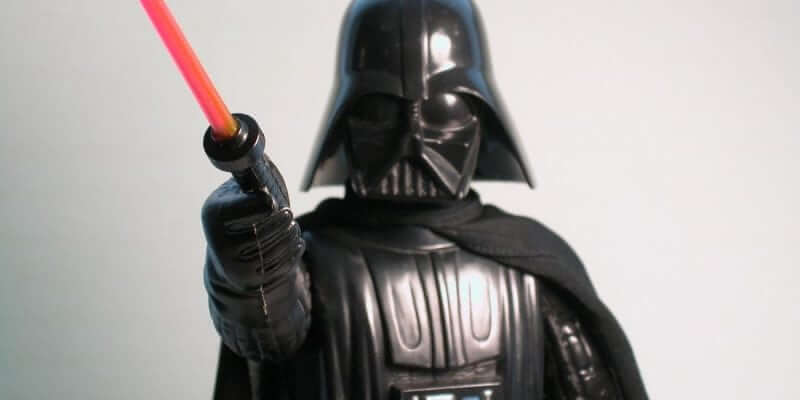 1977 was a game-changing year for younglings of all ages. That spring a space saga of epic proportions blasted its way into theaters. “Star Wars” shaped the imagination and changed the landscape of tie-in toys forever.

Beyond the brilliant “early bird” cardboard toy teaser, there are scores of famously fun finds from the galaxy far, far away. The Force is strong with these toys turned collectibles. Below are a personal top 5 “vintage” toys from the “Star Wars” saga. Though this 2001 PC game arrived long after the rest of the toys on this list, I still consider it a classic “vintage” game when compared to both versions of “Star Wars Battlefront.” Gameplay was essentially “Age of Empires” with a “Star Wars” overlay (using the same “genie” game engine).

This much-anticipated action figure (thank you “Star Wars Holiday Special”) was supposed to have a functioning rocket launcher as part of Boba’s backpack. Unfortunately, safety concerns scrapped the spring-loaded projectile for a permanently affixed missile. Still, Boba was bad a@% and had a flight-ready rocket pack, making him the coolest of the Kenner “Star Wars” action figures.

Of all the “Star Wars” vehicles Kenner produced for their action figures in 1978, this one has to be my favorite. Of course Darth Vader has his own sinister spaceship/fighter with its own dark design. The simulated battle damage and ejectable solar panels were a bit ambitious – I mean, really? Who’s gonna take down Darth Vader in a dogfight?

Another of Kenner’s 1978 action figure vehicles, this small brown, plastic toy accommodated four figures. The original version was a bit too “clean,” but I really liked the way hidden, spring glide wheels gave it an appearance of floating.

Along with Luke, Leia, and Chewbacca, these oversize toys were much more interesting and realistic to me than the smaller and more prolific action figures. Of these, the 15″ Darth Vader, with his flowing cape and translucent red lightsaber was a personal favorite. I was fortunate to have the helmet of mine autographed by Darth Vader actor David Prowse.

Other toys like Luke’s X-Wing fighter and large-sized C-3PO and R2-D2 were just as fun to play with, but the Force was stronger with the 5 favored listed above. Today’s “Star Wars” toys benefit from better sculpts, advanced technology (looking at you sound chip R2, a vast improvement from “click when head turns” R2 of 1978), but the excitement of finding toys from a favorite franchise in the1970’s is still unmatched as far as I am concerned.

Did you own any of the early “Star Wars” toys?  What was or is your favorite(s)?  Please share your saga in the comments below (crawling text optional).