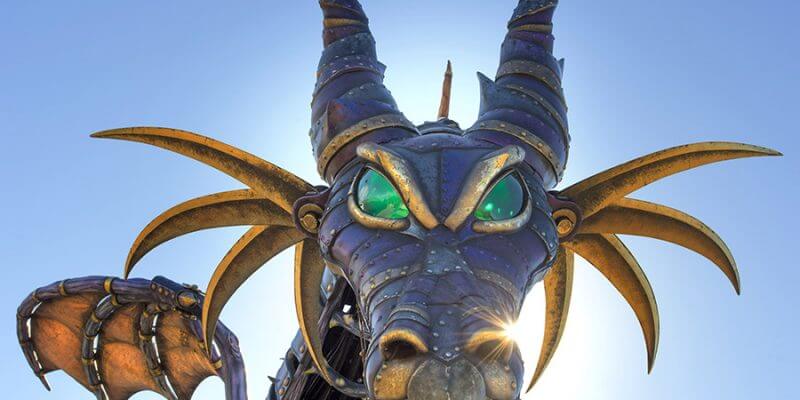 When thinking of Walt Disney’s realm of magical entertainment, monsters are not usually at the top of everyone’s lists of favorites. However, without the monsters, protagonists just don’t show as much shine.

While Disney entertainment is full of heroes and villains, the monsters make more of an impression on my dark heart.  Following are five favored fiends for the most fearsome fun. This creepy captured creature caused chaos for the XS Technologies demonstration. With only a gruesome glimpse augmented by sinister surrounding sensations (hot breath, heavy footsteps, eerie audio and splattered fluids) this ferocious fiend was so horrifying that Disney eventually pulled the plug on the entire experiment and replaced it with the inferior experiment 626. Allowing guests to use their own imagination as prompted by the excellent effects attached to each auditorium seat was sheer brilliance, earning this attraction a most favored status on my list of long-lost adventures.

Roaring onto the screen in an epic battle from “Sleeping Beauty,” this majestic beast bellowing fierce flame was the perfect monster boss fight for the animated feature.  Her best performance, though, was when she majestically materialized as part of the Festival of Fantasy Parade. This powerful purple dragon deliciously displayed a delightfully dark steampunk style which stole the show.

Classical music is much more enjoyable when chilled with Chernabog’s vexing villainy. “Night on Bald Mountain” will never be the same since it appeared in Disney’s epic animated music video, “Fantasia.” Fueling fear and lording over his minions, the demonic depiction of this ancient monster was the best part of the 1940 animated feature for this Halloween fan.

Ichabod Crane’s worst nightmare is this “Legend of Sleepy Hollow” fan’s favorite fright. The perfect emissary of Halloween, this haunting Hessian has held a top spot in my black heart since childhood. Thurl Ravenscroft can take the honor of bestowing a bit of respect to the legendary Headless Horseman. It was his cover of the famous terror tune that first introduced me to this decapitated rider.

The Pumpkin King of Halloween Town takes the paranormal prize for best Disney monster. Scarecrow, sauntering skeleton and Santa surrogate, Jack is the perfect monster. Devious, but not mean-spirited; haunting but not overly horrific and delighted to dance in a cemetery, this bone daddy is the perfect Halloween/Christmas creature. Jack ‘s thirst for something new and his awe for the holidays, believing a dollop of darkness makes a present perfect, gives this gleeful ghoul the honor of best Disney monster. After all, there are few who can deny that he’s the best at what he does.

Heroes are nice, but for me, it’s more often monsters capturing creepy coolness points in this collection of creepy creatures. Five fiendish foes in all, personal favorites from the realm of darkness and fright, make the monsters the most favored of all Disney’s dark realm denizens.

Monsters do make the beast of fiends. Who is your favorite feared friend? Please tell your tale of terror in the comments below. Comments Off on Fav 5 Disney Monsters