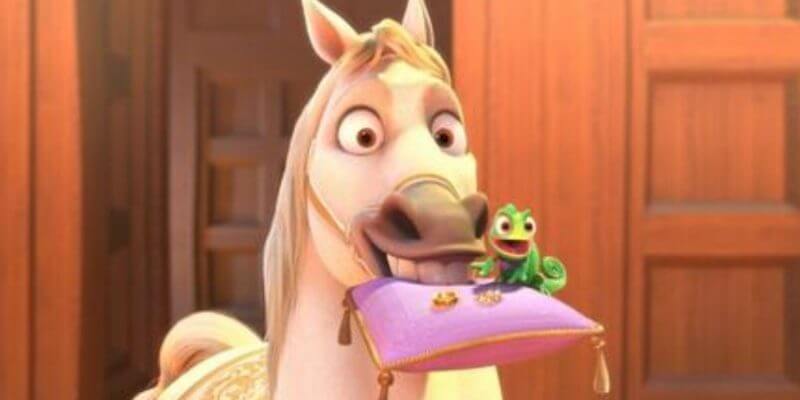 Pets are pals that usually love without condition. Their inclusion in the realm of Disney animation is touching and usually spot on for capturing characteristics of the animal in focus.

Within this wonderful world of animation, five pets find favor. Either for their overall personality or a particular scene, these cartoon companions capture the joy (or horror) of domesticated companions known as pets. Pixar’s playful pooch Dug appeared in <SQUIRREL!> the film “Up.” Via a special collar, Dug was able to talk. Originally owned by Charles Muntz, the protagonist pup befriends Carl and Russell. Dug also appeared in two cartoons shorts: “Dug’s Special Mission,” and “George and A.J.” He also had a cameo in the Pixar feature, “Ratatouille.”

More of a sidekick than a pet, Iago the parrot, voiced by Gilbert Gottfried, made his debut in the 1992 Disney animated feature “Aladdin.” The red avian angered easily and began his Disney “career” as the sidekick to supervillain Jafar. In addition to “Aladdin,” Iago has also flown in features like “The Return of Jafar,” “Aladdin and the King of Thieves,” and “Disney Princess Enchanted Tales: Follow Your Dreams.” Iago was also a colorful character in the television series “Aladdin,” where, in one episode, his face was turned into Gilbert Gottfried’s face.

Perfect pal, protector, and motivator, Pascal the chameleon first won hearts in the Disney animated feature “Tangled.” He and his equestrian friend Maximus are the perfect comedy duo. Named after the real chameleon pet of “chameleon wrangler” and animator Kellie Lewis, the color changing character has appeared in three films: “Tangled,” “Tangled Ever After,” and “Tangled: Before Ever After.” We learn more of the chameleon’s backstory in the animated television show, “Tangled: The Series.”

Named after the planet-not planet-planet Pluto, Mickey’s pet got his cartoon start in 1930.  Pluto’s first appearance was an unnamed role in the black and white cartoon “The Chain Gang,” where he and his twin hunted an escaped Mickey Mouse.  His second cartoon, “The Picnic,” (1930) also did not depict the devious dog as Mickey’s pet. That honor went to Minnie Mouse (as Rover instead of Pluto). Finally, Mickey and Pluto became pals in “The Moose Hunt,” a year later.

Aunt Sara’s Siamese cats Si and Am only care about themselves. These two trouble making felines found fame in the Disney animated movie “Lady and the Tramp,” and returned for its sequel, “Lady and the Tramp II: Scamp’s Adventure.” The song “We Are Siamese” depicts the pair’s purrfect penchant for making mischief.

Furry, feathered or scaled, the five friends featured above are definitely a delight to watch. Either as devoted defenders, mischievous troublemakers or silly sidekicks, their inclusion brings depth and clever comedic relief to the stories they inhabit.

Do you have a favored furry (or otherwise) friend from the animated features of the Walt Disney Company?  Please share your tails, feathers, claws, or fins in the comments below.