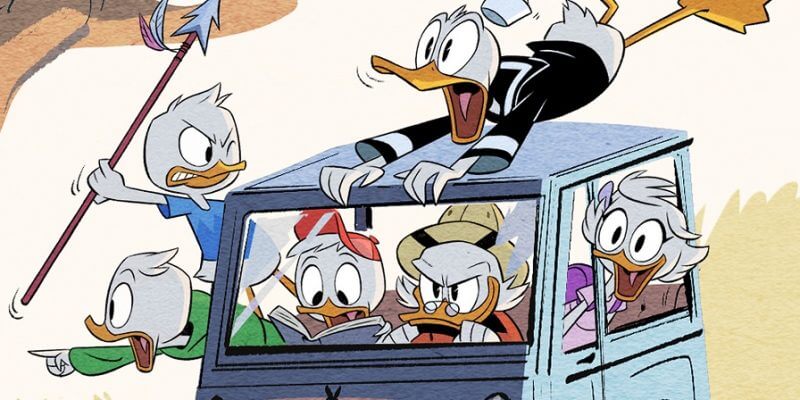 Starting today, the “DuckTales” crew moves from Duckburg to the DisneyNOW app for some surprise Easter Egg animations.

Huey, Dewey, Louie, Donald Duck, Scrooge McDuck, and Webby are hidden within the app, and it’s up to you to find them. Characters can be located by tapping three times on the menu bar. I haven’t had success finding the “DuckTales” gang yet, but I have found a few animated Mickey Mouse icons.

Here’s a peek at Donald losing his temper, one of the Easter Eggs you may find on your hunt:

The “DuckTales” Easter Eggs are available in the DisneyNOW app starting today, March 28, so let us know if you find any treasures!