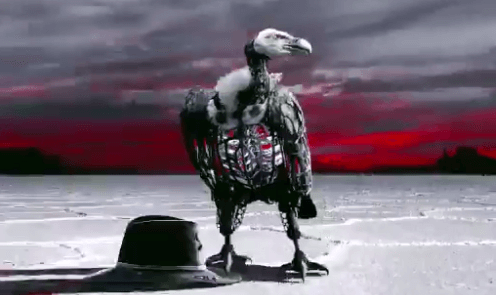 When we last saw HBO’s hit series “Westworld” the hosts were fighting back, turning a celebratory event into a massacre. Now, with season 2 only a month away, chaos is in control.

The show’s Twitter account shared an unsettling new moving poster for the upcoming second season. A mechanical vulture stands over a black hat with small puddles of blood around it.

After a few seconds, the moving poster begins to glitch, eventually giving a brief glimpse at the show’s logo just before it ends.

Chaos will take control when “Westworld” returns to HBO for its second season April 22.