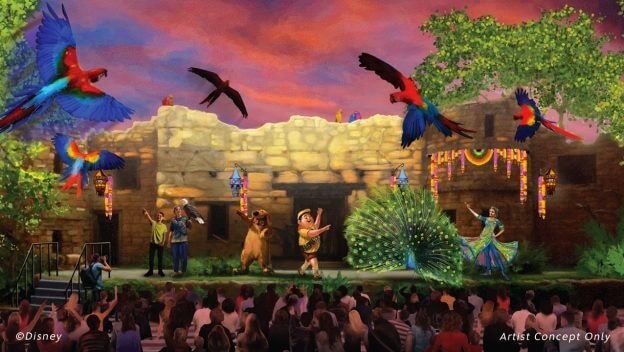 Walt Disney World has revealed their new show “UP! A Great Bird Adventure” is set to debut on April 22, 2018, at Disney’s Animal Kingdom.

The new show inspired by Disney-Pixar’s “UP” features Russell and Dug as they discover species of birds from around the world. The experience is fun for the whole family and includes up-close encounters with amazing creatures each day in Anandapur village. “UP! A Great Bird Adventure” arrives just in time for the 20th anniversary of Disney’s Animal Kingdom, which falls on Earth Day, April 22.