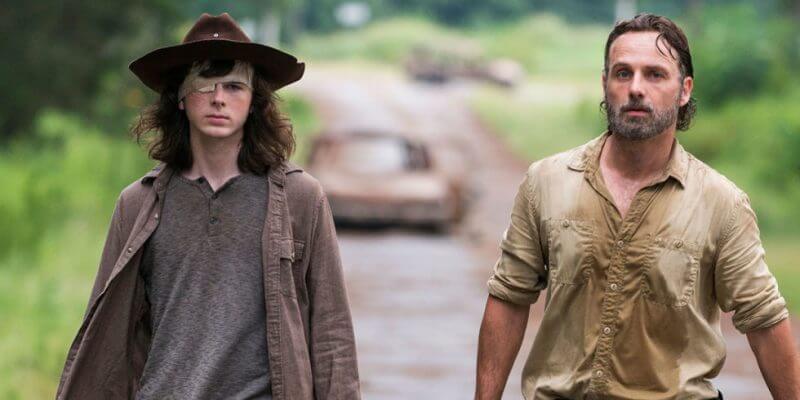 If you’re not caught up on “The Walking Dead,” you missed something pretty big last night. As expected after the emotional mid-season finale back in December, Carl, played by Chandler Riggs, died in last night’s mid-season premiere.

As we’ve seen in the past, the passing of a fictional character can be highly emotional for the actors that play them, especially if they’ve played the character for a long time. Likewise, co-stars have to say emotional goodbyes to the actors that will no longer be working with them on the show.

Andrew Lincoln, who plays Rick Grimes, took his goodbye in a very different direction. Lincoln delivered his farewell to Riggs in the form of a song.

Lincoln’s song is a parody of the popular song “Havana” by Camila Cabello, with some new, zombie-inspired lyrics.

While Lincoln mentions that he will be seeing Riggs soon, we unfortunately will not be seeing Carl again anytime soon. “The Walking Dead” airs Sunday nights on AMC.