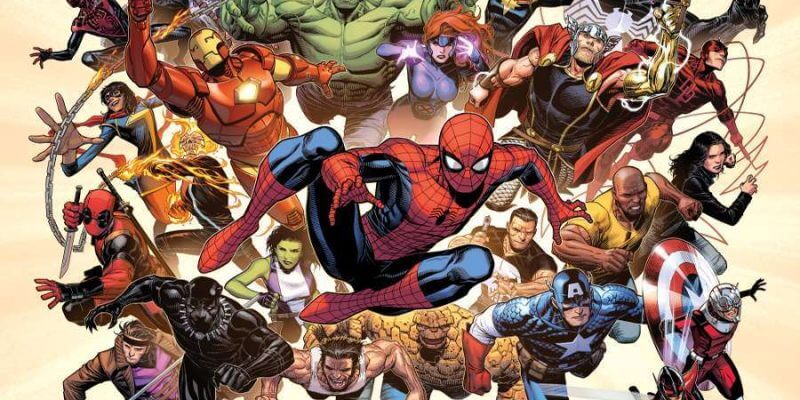 Face front, true believers, and get ready to get back into Marvel Comics. Today the 57-year-old company (79 years total under other names) announced “Fresh Start”— a line-wide overhaul of its long-running superhero universe, which will include returns to classic versions of its most famous characters.

That’s right, Tony Stark will don the Iron Man armor once again, Steve Rogers will fight for the good guys, and Thor will be… well, Thor. In the video below, Marvel Editor-in-Chief C.B. Cebulski expresses his enthusiasm for what many are seeing as a return to form for one of the most trusted brand names in comics.

The artwork released by Marvel to go along with the “Fresh Start” announcement features Spider-Man in the dead center, surrounded by about two dozen other iconic characters from the Marvel Universe, including Hulk, Captain Marvel, Venom, Jean Grey, Daredevil, Black Panther, Deadpool, She-Hulk, Wolverine, Gambit, Thing, Luke Cage, and Ant-Man– many of which appear in their most recognizable “classic” forms.

More information about Marvel Comics’ “Fresh Start” event is set to be released over the next few days and weeks, according to a story in The Hollywood Reporter this morning. The creative team changes, new titles, and new beginnings are scheduled to launch in May at comic shops everywhere.