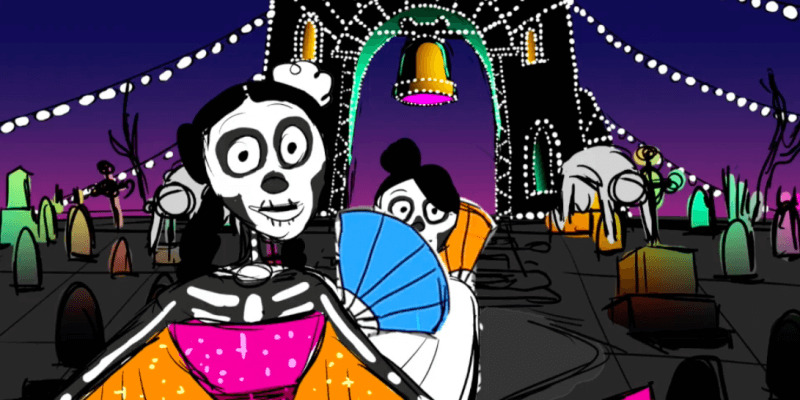 Disney-Pixar’s “Coco,” which tells a heartwarming tale about the power of family, is up for Best Original Song at the Oscars with “Remember Me.” The movie is filled with plenty of catchy tunes, but did you know there was even more music planned for the film?

Thanks to USA Today, we have a look at the movie’s original opening song, which was ultimately scrapped. The deleted scene features an upbeat number with dancing skeletons, who introduce Dia de los Muertos and the world of “Coco” to the audience. “This was in for a very long time, a number of years, before we changed it,” co-director/writer Adrian Molina says.

See the original opening of “Coco,” presented with sketched animations, in the video below.

This deleted scene is one of the bonus features included in the “Coco” home release, which debuts on digital HD platforms on February 13 and Blu-ray/DVD on February 27.

You can pre-order “Coco” on Blu-ray here.

Comments Off on VIDEO: This deleted scene from Disney-Pixar’s “Coco” shows off the movie’s original opening song