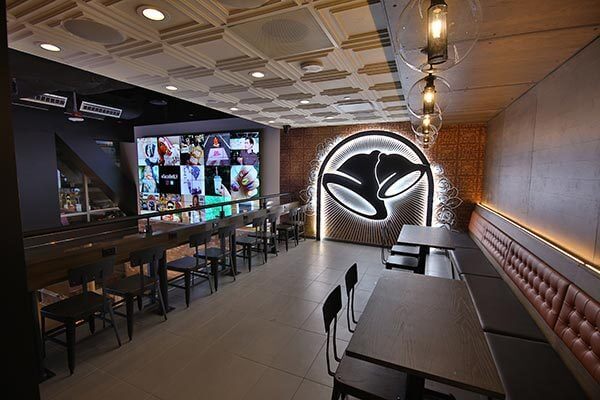 Everyone loves a good Run for the Border every once in a while, but sometimes a regular Taco Bell location just isn’t enough. That’s why Taco Bell Cantina exists: a somewhat more upscale take on Mexican-inspired fast food, with alcohol on tap, special menu items available to order, and even a DJ.

Now Taco Bell Cantina is making its way to the Orlando area, to the delight of theme park fanatics with a tendency for the late-night munchies. According to a story in the Orlando Sentinel, Central Florida’s first Taco Bell Cantina will open near the University of Central Florida “in a 2,846-square-foot spot at the Plaza on University center at the corner of University Boulevard and Alafaya Trail.” But be forewarned, the location will not include a drive-through.

Taco Bell Cantina first launched in Chicago in 2015, followed by its flagship location in Las Vegas (where you can get married– yes, you read that right) and now more than a dozen ultra-classy restaurants around the country, with more on the way. Taco Bell is targeting for more than 300 new locations of the elegant eatery within the next five years.