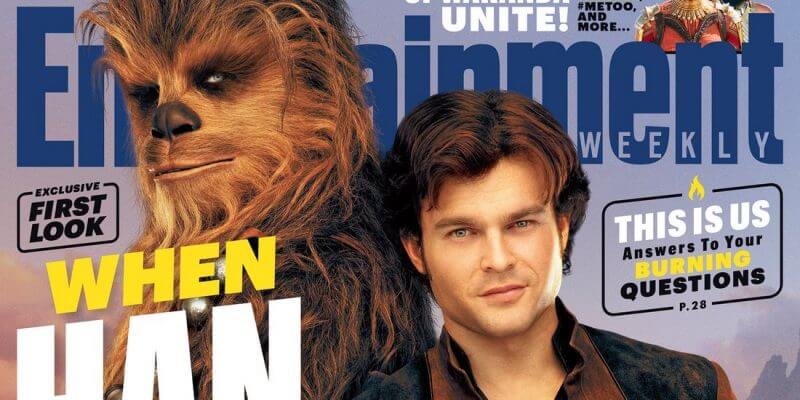 Days after the first trailer for “Solo: A Star Wars Story,” Han and Chewbacca have landed on the cover of Entertainment Weekly.

Alden Ehrenreich (Han Solo) and Joonas Suotamo (Chewbacca) are featured in the cover story, which gives more detail about the upcoming “Star Wars” spinoff. “He might be a little more immature, he may be a little less experienced, and he may hone his cynicism over time, but he’s very wary,” says Kathleen Kennedy, Lucasfilm president. “He needs to gain the respect of the people he interacts with, even if they’re the lowest of the low.” EW also revealed the train seen in the trailer is called The Conveyex, and Han will try to prove himself by stealing something onboard. To read the full article, head over to Entertainment Weekly.