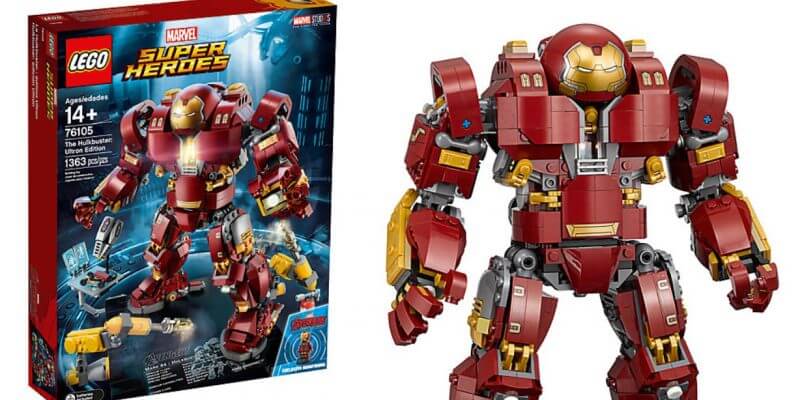 Who can forget the instant-classic scene from Marvel Studios’ “Avengers: Age of Ultron” when Tony Stark, AKA Iron Man faces off against The Incredible Hulk in an all-out smash-fest in the streets of Johannesburg? Now fans can get halfway to recreating that epic battle with the newly-announced Marvel Super Heroes The Hulkbuster: Ultron Edition building set from LEGO.

Over the weekend during the American International Toy Fair in New York City, LEGO revealed the enormous new set #76105, which contains 1,363 pieces (including a Iron Man Mark 43 minifigure) and retails for $119.99. A much smaller version of the Hulkbuster suit has previously been available from LEGO in set #76031 The Hulk Buster Smash, which came out in March of 2015 and has since been retired.

LEGO’s Marvel Super Heroes The Hulkbuster: Ultron Edition will become available for purchase on Saturday, March 3. Be sure to visit the official LEGO website for more information.