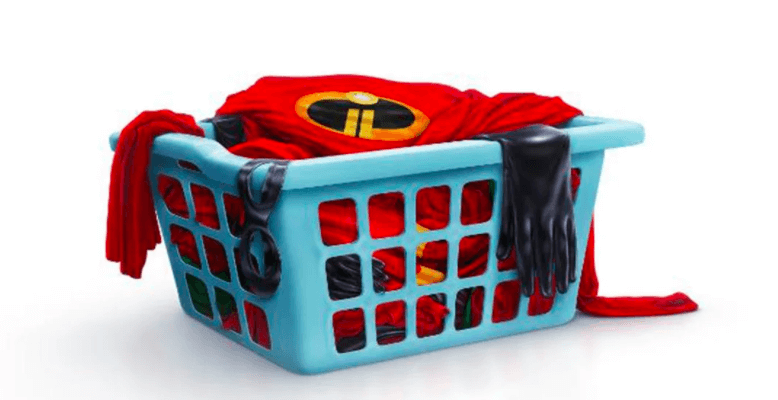 Even superheroes need to do laundry, as Disney-Pixar shows us on this trio of clever new posters for “Incredibles 2.”

The Parr family is getting ready to go back to work for the new movie sequel, which picks up right after the events of “The Incredibles” (2004). This time, Elastigirl (Holly Hunter) takes center stage while Mr. Incredible (Craig T. Nelson) cares for their son Jack-Jack, who has budding powers of his own. Disney-Pixar also revealed a special look at “Incredibles 2” which will air during the Olympics on Wednesday night, February 14.

Incredible focus ? ? Keep your eyes on the Olympics this Wednesday for a special look at #Incredibles2 pic.twitter.com/mWNpkUHUlX

We’ll be sure to keep our eyes peeled for the new teaser during Olympics coverage, so check back for the sneak peek!