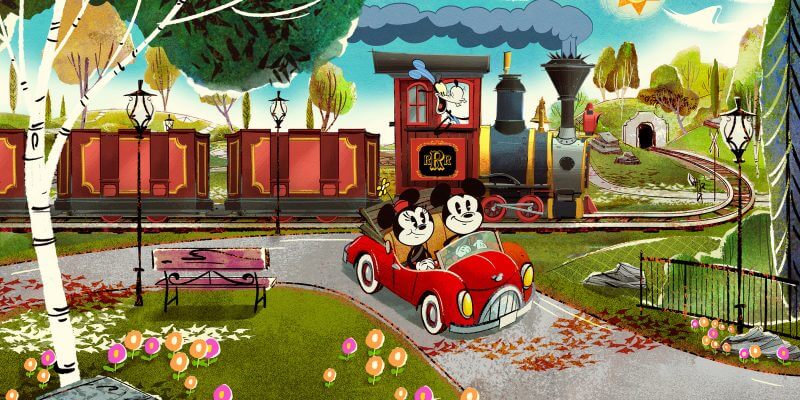 The D23 Expo has brought exciting announcements of new Disney theme parks, resorts, films and attractions since its beginning in 2009. And today Bob Chapek, Chairman of Walt Disney Parks & Resorts, presented several thrilling updates that all Disney fans will be excited to hear about. One special surprise was more concept art from Mickey & Minnie’s Runaway Railway coming to Disney’s Hollywood Studios. It is said that guests to Walt Disney World Resort experiencing this ride will step through the movie screen and join Mickey and pals on a wacky adventure. Set to open at Disney’s Hollywood Studios in Florida in 2019, the ride will be the first-ever ride through attraction themed to Mickey and Minnie Mouse, and will reportedly feature dazzling visual effects, a lovable theme song, and twists and turns ideal for the whole family.

No official opening date is known for the coming attraction. Be sure to check out the rest of our coverage from D23 Expo Japan 2018.