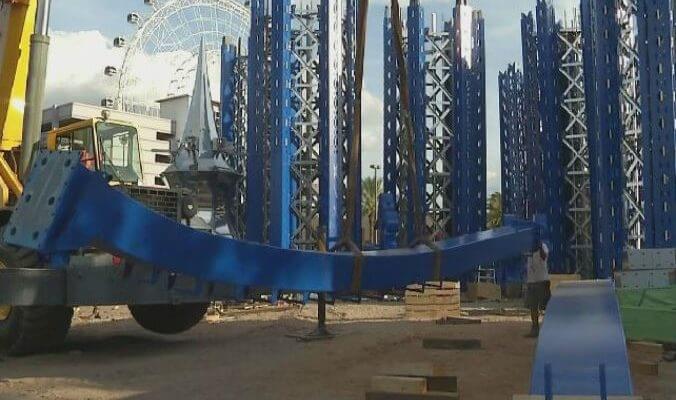 The long-awaited StarFlyer attraction on International Drive in Orlando finally has an opening date set. The thrilling new attraction will open May 11 at The Vue at 360 complex, adjacent to I-Drive 360.

When it opens, StarFlyer will join a lineup of relatively new attractions on I Drive that include the Coca-Cola Orlando Eye, Madame Tussauds Orlando and more. When completed, StarFlyer will stand at 450-feet tall, roughly 50 feet taller than the Orlando Eye. It has been dubbed the “world’s tallest swing ride” and riders will be taken to the top of it, 22 at a time, and swung around at 60 mph.

The new attraction will also include a cafe and ice cream shop, but those will be safely located on the ground, at the entrance to the building.

Will you be riding StarFlyer when it opens? Let us know in the comments!