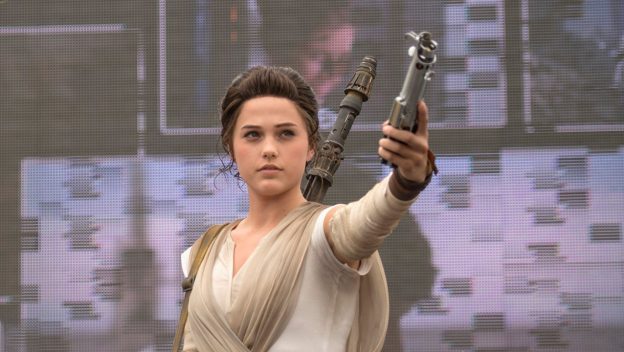 As Star Wars fans anxiously await the opening of Star Wars: Galaxy’s Edge at both Disneyland and Disney’s Hollywood Studios in Walt Disney World, Star Wars Launch Bay continues to hold us over with entertainment themed to a galaxy far, far away.

Soon, Disneyland guests will get to see a very familiar face at Star Wars Launch Bay as the Resistance’s newest hero, Rey, will be arriving to meet and greet with them.

Last year, Rey made her debut in the parks when she arrived at Walt Disney World for Galactic Nights.

Rey will join Chewbacca at the Light Side character experience, but guests will also have the option to meet with Kylo Ren and Darth Vader on the Dark Side.

Rey will make her way to Disneyland’s Star Wars Launch Bay this May.