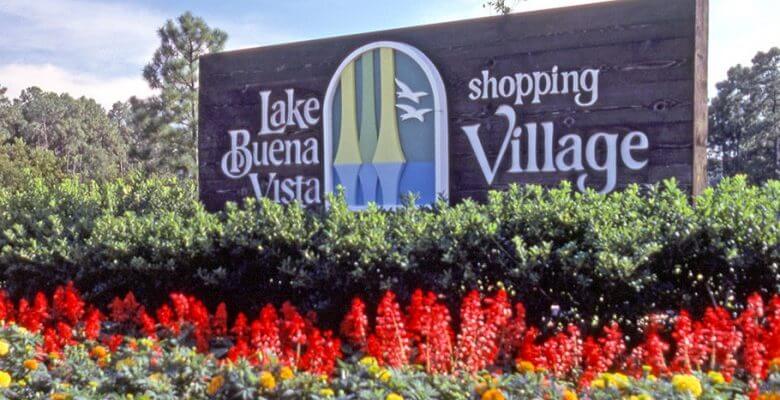 When Central Florida’s Lake Buena Vista Shopping Village first opened in March of 1975 it was a small, sleepy shopping and dining complex at the end of Hotel Plaza Boulevard (near the corner of State Road 535 and Interstate 4). Originally the area was supposed to be a shopping mall. Eventually, in 2016, this small corner of the Walt Disney World Resort became the very popular and sprawling destination known as Disney Springs.

With expansion comes change. Several shopping, dining, and entertainment options have either been transformed into an entirely new experience or have disappeared completely.  Listed below are 12 of these extinct experiences that we miss the most.

Marketplace
This original area of what is now Disney Springs has witnessed several changes over the past 40+ years.  At one point it was supposed to receive a New Orleans Square theme. Other original plans for the shopping and dining district included its own monorail transportation system.  Shops included a pipe shop, pottery shop (where pottery could be seen being made) and shoe shop. Custom suits and men’s clothing was the main feature of this forgotten shop from a time when Lake Buena Vista Shopping Village had much more sophisticated and less Mickey Mouse look. Built in 1976 as an events venue, this site eventually became Disney Pin Traders (2002).  Captain’s Tower was known for its flying reindeer Christmas decoration and, perhaps, the first Star Wars event at Walt Disney World.  Darth Vader made an appearance the same year as the first film in the franchise opened (1977). This Hasbro heavy toy store opened in 2002 and featured build your own Lightsabers, Mr. Potato heads and a horde of hundreds of terrific toys.  The store is still open in the Marketplace area that it was originally installed, but its size and inventory has been significantly reduced. Being able to wander through the various sections of the store and scope out scores of new toys and experiences and check out new books, videos, video games and more is now a thing of the past with the depressing downsizing of this once delightful destination.

This short-lived animatronic was once the centerpiece of the boy’s themed toy area at Downtown Disney Marketplace’s colossal Disney-branded store known as World of Disney.  Trading barbs with his parrot pal, this salty pirate disappeared almost as quickly as it arrived.

Pleasure Island
Happy New Year!* This heavily themed entertainment complex opened on the same day as the Disney MGM Studios park, May 1, 1989.  With an imaginative backstory tying the nightclubs and entertainment venues together, Pleasure Island, which was intended to compete with downtown Orlando’s Church Street Station, served to entertain guests long after the theme parks had closed for the night.

*Part of the themed entertainment included a nightly event: just before midnight, the Explosion Dancers would celebrate the countdown to the New Year. This nighttime entertainment district was closed in September 2008.  Several experiences are missed dearly.

Kungaloosh!  This zany two story repository for the treasures of Pleasure Island founder Merriweather Pleasure was also a gathering spot for a cast of eclectic characters who regaled guests with tales (and eventually) songs of their worldwide adventures.  Several shows and experiences took place during the night leading up the grand finale Hoopla (HOOPLA!)  The site is now part of Disney Spring’s newest nightspot, The Edison. Pleasure Island branded and Adventurers themed merchandise could be found in this shop adjacent to the Adventurers Club. Portobello Yacht Club was one of the original restaurants on Pleasure Island. In the days when a separate ticket was required to merely enter Pleasure Island (instead of just for enjoying the nightclubs), a stop here for a dinner or quick snack also offered the opportunity for discount tickets (and avoiding the line to purchase them). Prior to an upscale rebranding, a casual tone and modest prices made this one of the best places for a meal.  A new Italian dining experience is in the works for this location. Light snacks, adult beverages, and wonderful jazz music could once be found under one roof at the Pleasure Island Jazz Company.  This dimly lit delight replaced the Fireworks Factory restaurant.  Sadly the Jazz Company closed in 2005 to make way for Raglan Road.

Downtown Disney West Side opened in 1997. Many of the shops and stores are still there today.  Two anchor attractions, however, are now long gone. Featuring two stories of music, DVDs, and books, Virgin Megastore opened with Downtown Disney West Side on September 15, 1997.  With hundreds of listening stations to check out new music and several DVD viewing kiosks, this wonderland of all things media was a must see to check on the way to Pleasure Island. The 49,000 square foot mega-retailer would be one of only 5 remaining Virgin media meccas when it finally closed in 2009.

Billed as a Disney theme park in a box and intended to serve as an ambassador to areas where there were not Disney Resorts, the first Disney Quest opened at Downtown Disney’s West Side on June 16, 1980.  This indoor interactive theme park featured virtual reality experiences, vintage video games, and small versions of popular Disney theme park attractions.  Cheesecake Factory operated a delightful dining destination inside Disney Quest for a short time. Only two Disney Quest attractions were ever built. The Chicago location only operated for two years before being closed due to poor attendance.  Florida’s Downtown Disney West Side location closed in July 2016 to make way for NBA Experience to be built as part of the Disney Springs reimagining of the area.

Over the years this hidden gem of the Walt Disney World Resort changed names several times along with several expansions. Today the region had morphed into the shopping and dining mecca known as Disney Springs.  Parking garages, name brand retail stores, and several additional exceptional dining destinations helped to make this a very popular place to visit.  That there is no admission required to visit Disney Springs (unless parking at one of the preferred parking lots) helps to keep Disney Springs buzzing with gleeful guests.

From the sleepy sophisticated shops of Lake Buena Vista Shopping Village to today’s destination of dining, shopping and entertainment experiences known as Disney Springs, these 12 adventures are further examples of much-missed magic at Downtown Disney.

Do you remember the days of the Lake Buena Vista Shopping Village?  What do you miss most from this region of the Walt Disney World Resort?  Please share your memories in the comments below.