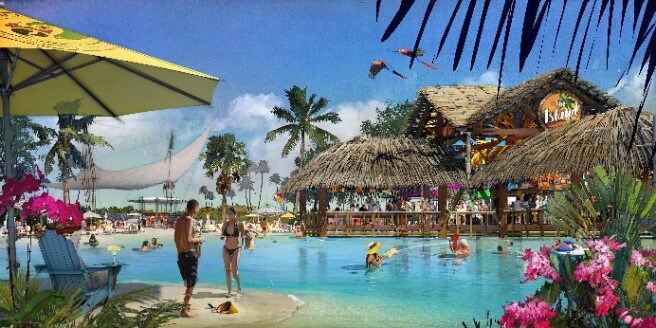 Margaritaville Resort Orlando is set to be Orlando’s next luxury resort and relaxing vacation destination. Some of the resort’s first tenants include a dine-in theater, a family entertainment center and a restaurant from the country music group Rascal Flatts.

The group’s restaurant would be their second, with the first being in Stamford, Connecticut. Several more restaurants are planned for locations across the country.

The restaurant is planned to be located in the resort’s 200,000 square foot entertainment and shopping district, which will also include Studio Movie Grill, a 12-screen dine-in theater; Rock & Brews, a restaurant from members of the band Kiss; and much more.

“Our goal was to create a true entertainment destination in the heart of the Margaritaville Resort Orlando, and we knew that we had to bring in new, unique, family-centric tenants to accomplish this,” Arthur Falcone, CEO and Managing Principal of Encore Capital Management, said in a statement.

Margaritaville Resort Orlando is slated to open in November.