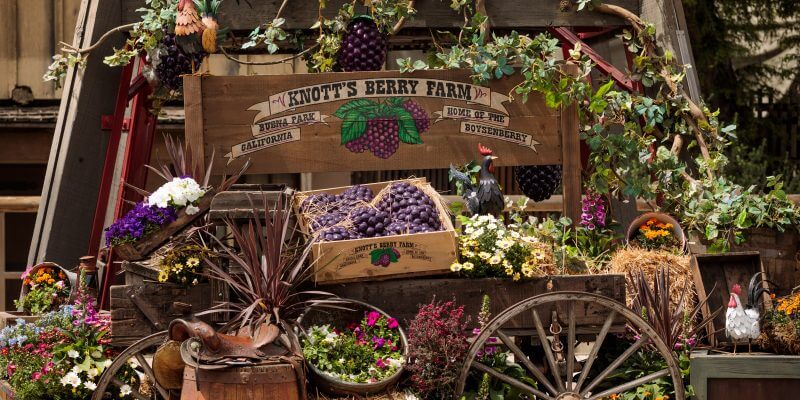 Since the spring of 2014, Knott’s Berry Farm has held its annual Knott’s Boysenberry Festival event to the delight of locals, tourists, and anyone with a taste for delicious boysenberries. This year the festival has been expanded to 24 days with extended hours as it returns for its fifth iteration, celebrating Knott’s roots and highlighting the berry that started it all.

In addition to over 75 boysenberry-inspired culinary creations, Knott’s Boysenberry Festival guests will find a cavalcade of creative entertainment featuring the Peanuts gang, live musical performances, and of course the usual tremendous fun with Knott’s wide array of exciting rides and attractions. Entertainment around the park, both new and returning, will include the following:

WATCH KRAZY KIRK AND THE HILLBILLIES AT KNOTT’S BOYSENBERRY FESTIVAL 2017: