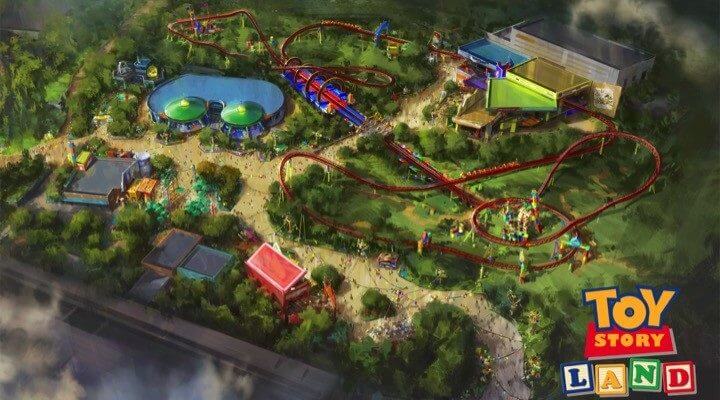 The opening of the brand new Toy Story Land at Disney’s Hollywood Studios at Walt Disney World is getting closer and closer and the excitement just keeps growing and growing.

Today, Disney released some brand new artwork for Alien Swirling Saucers, one of the new attractions Toy Story Land will feature. Guests will climb aboard a toy rocket and hang on as the aliens swing them around for an out-of-this-world experience. Disney also addressed the rumors of a potential name change coming to Disney’s Hollywood Studios. The name of the park will remain the same as Disney will be “immersing guests in a place where imagined worlds of Hollywood unfold around them from movies and music, to television and theater.”