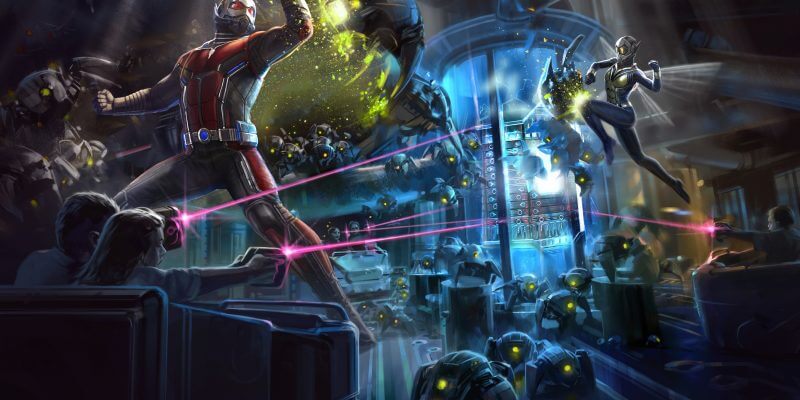 The D23 Expo has brought exciting announcements of new Disney theme parks, resorts, films and attractions since its beginning in 2009. And today Bob Chapek, Chairman of Walt Disney Parks & Resorts, presented several thrilling updates that all Disney fans will be excited to hear about. One special announcement was a second new Marvel attraction set for Hong Kong Disneyland. Super Heroes have already descended on Hong Kong Disneyland with Iron Man Experience, the most popular attraction at the resort, and more is soon to come with an entire Marvel-themed area underway. Today, Chapek shared new details about the second new Marvel attraction set for Hong Kong Disneyland, where guests will be invited to team up with Ant-Man and The Wasp to fight Arnim Zola and his army of Hydra swarm bots in a thrilling new adventure.

This will definitely be an exciting new addition to the park, especially for Marvel fans. More news from the Disney Parks and Resorts presentation at D23 Expo Japan 2018 coming very soon!