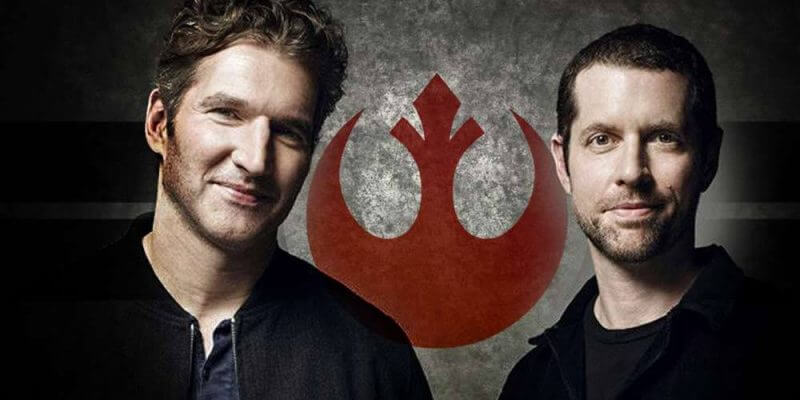 How much Star Wars is too much Star Wars? In addition to this summer’s upcoming “Solo: A Star Wars Story,” J.J. Abrams’s “Star Wars Episode IX” due in 2019, and Rian Johnson’s currently-in-development trilogy of films set in a Galaxy Far, Far Away, Lucasfilm today announced a new series of Star Wars movies to be written and produced by David Benioff and D.B. Weiss, better known as the highly-successful showrunners of HBO’s fantasy epic series “Game of Thrones.”

Lucasfilm has made it clear in their press release today that this new series will be separate from both the nine-episode “Skywalker Saga” (currently scheduled to conclude with Episode IX) and Rian Johnson’s trilogy, which was mentioned alongside the announcement, reinforcing the continued existence of that project despite controversy and a not-insignificant amount of fan backlash over Johnson’s “Star Wars: The Last Jedi.” Benioff and Weiss began working together developing the “Game of Thrones” TV series in 2006, adapting the story from the “A Song of Ice and Fire” novels written by George R.R. Martin. Together the pair have been nominated for and won numerous primetime Emmy Awards, among many other accolades.

“David and Dan are some of the best storytellers working today,” said Kathleen Kennedy, president of Lucasfilm. “Their command of complex characters, depth of story and richness of mythology will break new ground and boldly push Star Wars in ways I find incredibly exciting.”

This afternoon’s announcement has also made it clear that no concrete release date has been set for Benioff and Weiss’s “Star Wars” movies, nor does it specify just how many there will be. But all the already-announced Star Wars entries in development should keep Lucasfilm to the current trend of one movie per year for quite some time.

Comments Off on Another new “Star Wars” film series announced, to be created by “Game of Thrones” showrunners