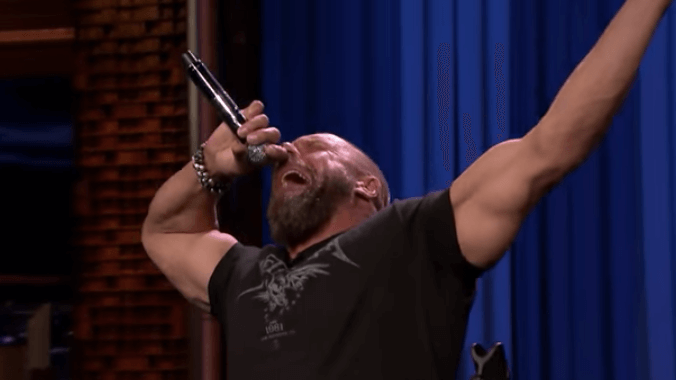 One of the most popular games on The Tonight Show Starring Jimmy Fallon is the Lip Sync Battle, which typically pits Jimmy against his guest. This week though, Jimmy teamed with the WWE’s The New Day to compete against Stephanie McMahon and Triple H.

Professional wrestling personalities are accustomed to entertaining a crowd and they did not disappoint. Stephanie and Triple H, in particular, got over with the audience when they performed “How Far I’ll Go” from the “Moana” soundtrack.

Before starting the competition, Fallon made a bet with his opponents that if they would win the Lip Sync Battle, he would show up on Monday Night Raw’s 25th anniversary special.

As you can guess, Fallon lost that bet and has promised to appear on the show. The 25th anniversary special of Monday Night Raw will air this Monday, January 22 on the USA Network.