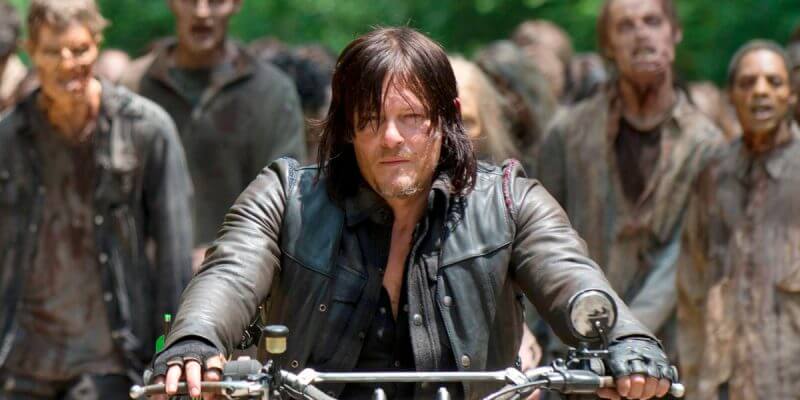 The smash hit zombie apocalypse survival series “The Walking Dead”— based on the popular long-running image comic book by Robert Kirkman and Tony Moore– has been airing on basic cable network AMC since Halloween of 2010. And it doesn’t look like it will be stopping anytime soon.

Over this past weekend, multiple entertainment trade publications such as Deadline Hollywood reported that “The Walking Dead” has been renewed for a ninth season, meaning that Rick Grimes and company will be back battling the undead for at least another year starting in the fall of 2018. One big difference for the coming season of “The Walking Dead,” however, is that the series will be under the creative control of a new showrunner. Scott Gimple, who has been in charge of the serial drama since January of 2013, will be replaced by writer Angela Kang, injecting fresh blood and perhaps a new direction for the ratings darling. “The Walking Dead” is currently in its eighth season on AMC. The series returns with new episodes on Sunday, February 25.

Comments Off on “The Walking Dead” renewed for ninth season, more zombie mayhem on its way from AMC