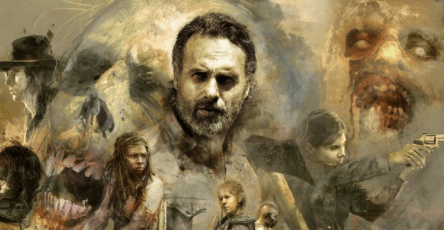 “The Walking Dead” will be returning soon with the second half of its eighth season and to promote the show’s return, the AMC series will be revealing a new painted wall billboard in Brooklyn on Monday January 22.

The billboard will feature some of the show’s most popular characters including Rick, Carl, Daryl, Michonne and even the villainous Negan. It will also include the text “My mercy prevails over my wrath,” referencing the line we heard from Rick in the season premiere.

You can find this new painted billboard on buildings in Brooklyn starting Monday and Season 8 of “The Walking Dead” returns to AMC on Sunday, February 25.