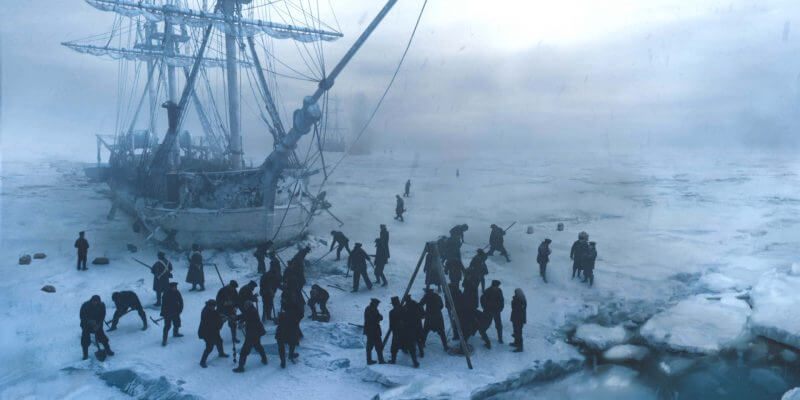 The 2007 best-selling novel “The Terror” by Dan Simmons is a masterpiece of horror-infused historical fiction, with the famous factual events of Captain Sir John Franklin’s lost Arctic expedition accentuated by recurring encounters with a terrifying fantastical monster.

As “The Terror” is one of my favorite novels from the past fifteen years, I was initially hesitant to see it adapted for the small screen, believing it deserving of a more cinematic take. But this new trailer has allayed my fears and convinced me that this sweeping epic of a tale deserves the full ten-hour miniseries treatment– only if done well, of course, which it certainly appears to have been.