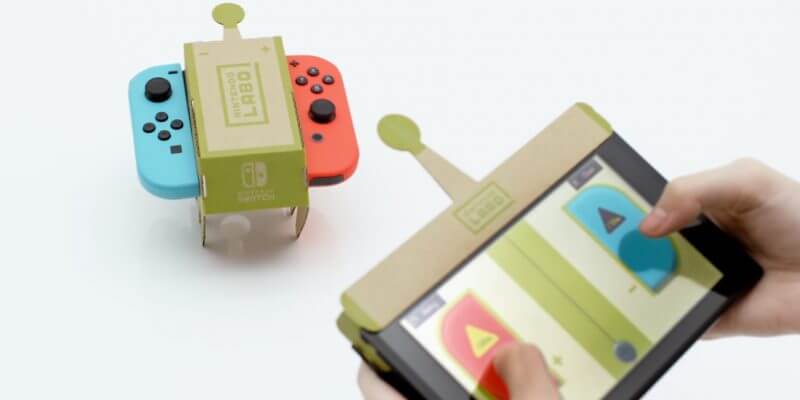 Nintendo Switch owners, get ready for the next step in console gaming. Today the multinational video game company Nintendo revealed its new gaming concept called “Nintendo Labo,” which utilizes pre-made cardboard cutouts to offer gamers the opportunity to assemble a number of different, innovative peripheral accessories that work in tandem with software designed for the platform.

The initial core release will incorporate options of constructing a remote-controlled car, a fishing rod, and a toy piano for use with mini-games included within the software. An addition add-on set called “Robot Kit”– available at launch– will allow players to build a working mech suit and visor.

It’s such a unique concept that it may take some time for users to actually figure out what the functionality of “Nintendo Labo” is, precisely. But I have a feeling that once Nintendo fans (especially skewing toward the younger audiences) get the hang of it, there’s a lot of potential for fun within this idea.

Comments Off on VIDEO: “Nintendo Labo” will allow gamers to build their own inventive cardboard Switch peripherals