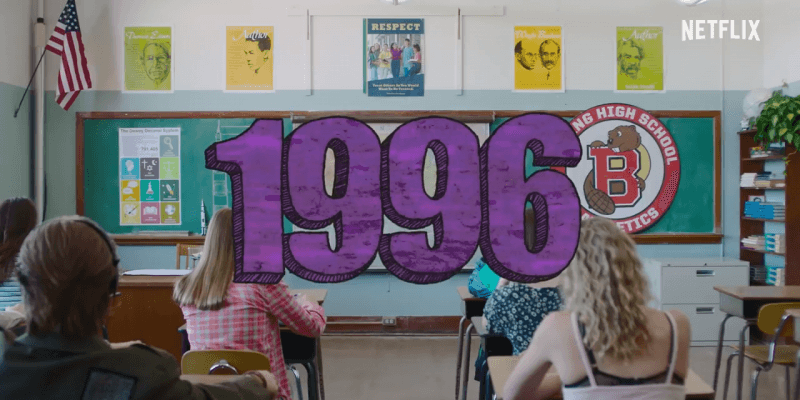 Netflix already has a nostalgic 80s-inspired hit with “Stranger Things,” and now they’re delving into the 90s with the new comedy series “Everything Sucks!”.

Set in Boring, Oregon in 1996, the 10 half-hour episodes revolve around Boring High School’s A/V and Drama Clubs, two groups of nerdy outsiders who join forces to survive the everyday terrors of high school. Created by Ben York Jones and Michael Mohan, the show stars Peyton Kennedy and Jahi Winston as students Kate Messner and Luke O’Neil, with Patch Darragh and Claudine Nako as their respective parents.

Netflix revealed the premiere date with this fun “Pop-Up Video”-inspired promo. The former VH1 series played music videos filled with pop-up info nuggets of trivia and jokes, and the “Everything Sucks!” promo uses the same technique to take us on a trip back to the 90s.

In addition, Netflix released some images from the new series: “Everything Sucks!” arrives on Netflix on February 16.