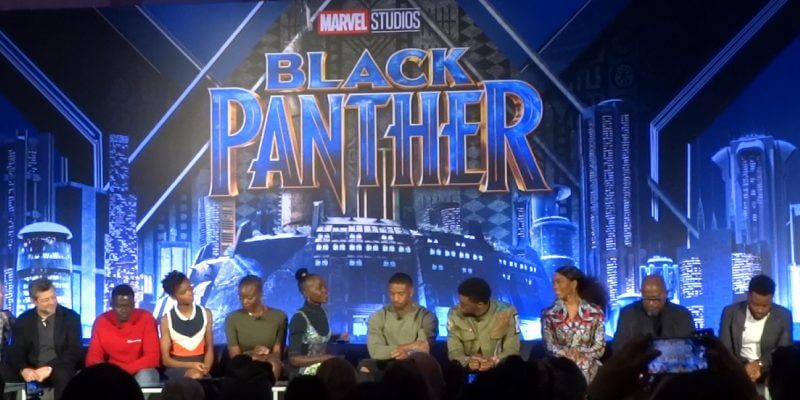 February is Black History Month, and it’s also going to be a big month for Marvel‘s tremendous new movie “Black Panther,” which is getting terrific buzz after its world premiere and press screenings this week. Yesterday also marked the press junket for the movie in Los Angeles, where the talent behind the highly-anticipated film united once again to enlighten the world about how this revolutionary step in superhero cinema came together.


Outside the press conference hall, Disney had set up a display of costumes from the movie, including the ones worn by Chadwick Boseman as T’Challa, Winston Duke as M’Baku, Letitia Wright as Shuri, and Lupita Nyong’o as Nakia.


With the amount of enthusiasm on display from the cast, creative team, and the media throughout this week’s “Black Panther” events, the actual release of the film two weeks from now is sure to generate a frenzy of excitement among Marvel fans and progressive thinkers alike.