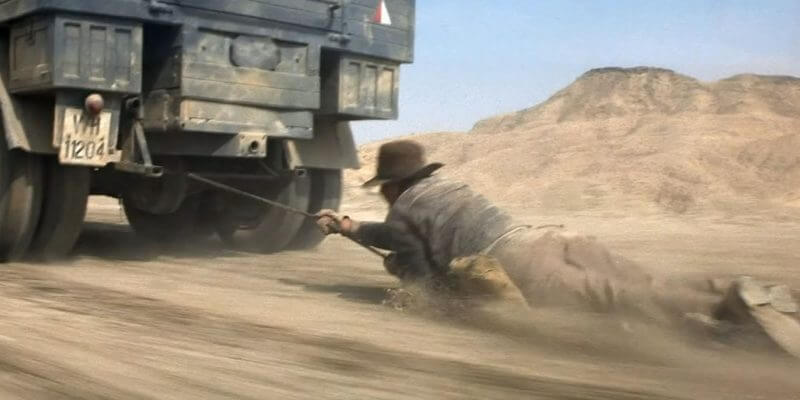 Steven Spielberg‘s 1981 classic adventure film “Raiders of the Lost Ark” is a legendary example of American moviemaking for a number of reasons, not the least of which is the fact that it spawned a multimedia franchise that remains viable to this day. But the first installment in the Indiana Jones series is also a master class in film production, somehow making several immensely sophisticated series of complex shots feel almost effortless.

Vimeo user Antonios Papantoniou has painstakingly analyzed what is widely considered the most impressive action sequence in the Indiana Jones series, and certainly among the most memorable movie scenes of all time– the “Raiders of the Lost Ark” truck chase– and has broken it down into type of shot, camera angles, camera movements, type of lens used, duration of shots, and number of edits. It’s a fascinating study of a classic piece of popular entertainment.

Papantoniou has created similar breakdowns of scenes from other films such as Martin Scorsese’s “Cape Fear,” James Cameron’s “Terminator 2: Judgment Day,” Andrei Tarkovsky’s “Solaris,” and my personal favorite Spielberg movie “Jaws.” Be sure to check them out over at his Vimeo page if you’re interested in learning more about how these directors make their magic.

The fifth “Indiana Jones” movie is currently in development, with a scheduled release date of July 10th, 2020.