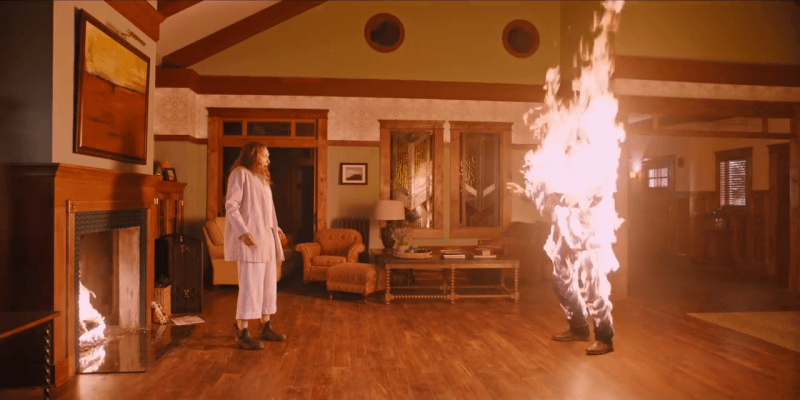 “Hereditary,” a new horror film from the producers of “The Witch” and “Split,” is getting some positive early buzz after scaring audiences at Sundance Film Festival. The movie arrives in theaters this summer, but you can watch the terrifying trailer from A24 now.

Here’s the synopsis: “The Graham family starts to unravel following the death of their reclusive grandmother. Even after she’s gone, the matriarch still casts a dark shadow over the family, especially her loner teenage granddaughter, Charlie, whom she always had an unusual fascination with. As an overwhelming terror takes over their household, their peaceful existence is ripped apart, forcing their mother to explore a darker realm in order to escape the unfortunate fate they’ve inherited.”

See the chilling trailer for “Hereditary” in the video below.

Along with the trailer, A24 released this intriguing poster: “Hereditary” arrives in theaters on June 8.