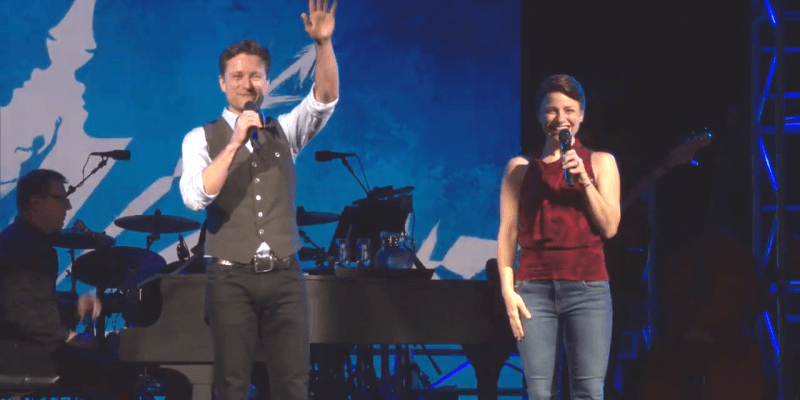 The Disney on Broadway concert series lit up the stage during the first weekend of Epcot International Festival of the Arts with performances from Disney’s “Tarzan.”

Kevin Massey and Jenn Gambatese, who played the lead roles in Disney’s Broadway musical version of “Tarzan,” performed together from January 12 – 15. The duo chatted with Disney about the unique experience of live theater and the “30 minutes of pure joy” created during each Disney on Broadway concert series performance.

Catch a glimpse of the concert series with Jenn Gambatese and Kevin Massey in the video below.

WATCH: DISNEY ON BROADWAY STARS LIGHT UP THE STAGE:

The Disney on Broadway series runs each weekend during the festival, from Friday through Monday.

Here’s the rest of the concert lineup:

For more information on Epcot International Festival of the Arts, head over to the Walt Disney World website.