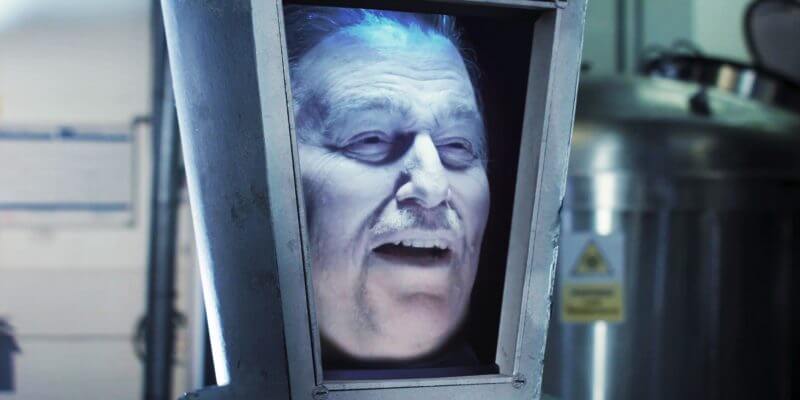 The Walt Disney Company is famously protective of its brand, its characters, and its park, so naturally it doesn’t allow just anybody to go around filming low budget independent movies at Disneyland or Walt Disney World. That’s why a few daring filmmakers have chosen to do so guerrilla-style, resulting in fare as diverse as the controversial “Escape from Tomorrow” in 2013, the effectively haunting 2012 short “Missing in the Mansion,” and the acclaimed 2010 Banksy documentary “Exit Through the Gift Shop.”

The latest amateur feature to have been shot in part at one of Disney’s parks is the tongue-in-cheek comedy “The Further Adventures of Walt Frozen Head,” which sees the cryogenically-preserved legend (played by Ron Schneider) returned to the surface at Magic Kingdom, where he laments the fact that he isn’t in charge anymore. Along the way he helps disgruntled Walt Disney World employee Peter (Daniel Cooksley) find his own path. Today marked the debut of the film’s first full-length trailer.

The movie’s director Benjamin Lancaster raised a modest $15,000– only part of the final budget– on Kickstarter several years ago, and now it finally appears to be coming to fruition, though no concrete released date has been announced other than “Coming Soon.”

For more information and further updates, be sure to visit the official website for “The Further Adventures of Walt’s Frozen Head.”