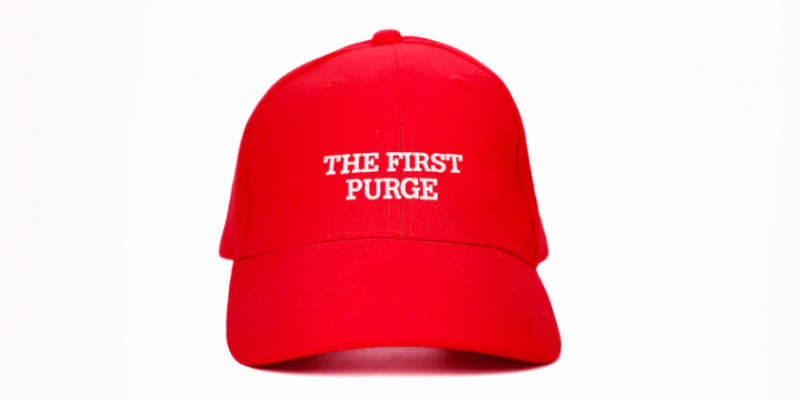 Universal Pictures has officially announced the title of the long-talked about prequel to the popular “Purge” series and given us a relatable first poster for the film.

According to the announcement, “The First Purge” (which was formerly known as “Purge: The Island”) will explore the rise of our country’s 12 hours of annual lawlessness and introduce audiences to the movement that began as a simple experiment.

The first poster to the film is very simplistic, but gets its point across. Universal Pictures also went into some more detail regarding the upcoming prequel and the concept of the Purge:

“To push the crime rate below one percent for the rest of the year, the New Founding Fathers of America (NFFA) test a sociological theory that vents aggression for one night in one isolated community. But when the violence of oppressors meets the rage of the marginalized, the contagion will explode from the trial-city borders and spread across the nation.”

“The First Purge” will hack and slash its way into theaters July 4.